Dokpesi describes Buhari as a parasite 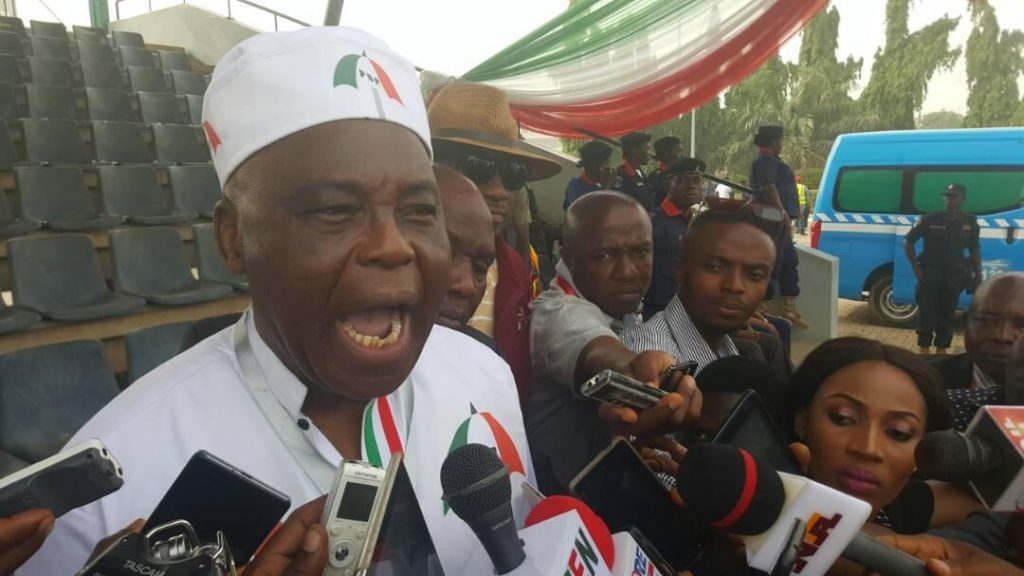 According to PUNCH, Dokpesi used those words while speaking with reporters after being grilled by officials of the Nigeria Immigration Service on Wednesday.

He reportedly accused  the federal government of witch-hunting members of the Peoples Democratic Party (PDP).

The businessman recalled that on March 25 when he returned to Nigeria after a medical trip in Dubai, immigration officers stopped him at Nnamdi Azikwe Airport and seized his passport before he was eventually allowed to leave.

He said an officer handed back his passport to him with an instruction that they would reach him subsequently.

He was said to have also been detained by the Department of State Services (DSS) on the same day. Dokpesi said it was clear that the government has denied him the kind of respect he deserves for creating employment opportunities.

“I can state categorically that this is the handiwork of the Buhari-led Federal Government. There is nothing I can do. I am in court already. I am a citizen of the Federal Republic of Nigeria. It is on my sweat that I go for treatment,” he was quoted to have said.

“Buhari, who says he is the president of the Federal Republic of Nigeria, unfortunately in the history of Nigeria, has been a parasite of Nigeria. He has never created any employment (opportunities).

“I have contributed to the growth and development of this country. The Federal Government is on an intimidation ploy and they are after everybody in the PDP. I’m undaunted. In fact, the more they do this, the more I’m defiant and the more I’m resolute to stand for the good of the ordinary people of Nigeria.”

Dokpesi, who is standing trial for alleged diversion of N2.1 billion he received from the office of the national security adviser (NSA) in the buildup to the 2015 elections, said he returned his passport to the federal high court, Abuja on Monday and that immigration authorities invited him two days later.

“On Monday, I received new information and in line with the normal process, I returned my passport to the federal high court since I travelled under a judicial approval or permission,” he said.

“So, I returned my passport that I have gone and came back and gave notice that I might have to go for a medical checkup.

“When I got the NIS letter yesterday, I replied that same yesterday, notifying them that I have returned the passport to the federal high court and that it has been duly acknowledged and added all the necessary information.”

Dokpesi said the officers who interrogated him, however, said the service had expected him to go to the court and obtained the passport with their letter of invitation.

“If the immigration service requires my passport, then write directly to the federal high court and request for the passport.

“I stood my ground and said, well I am a Nigerian citizen, I have travelled out for my medical treatment, I voluntarily came back and have handed over my passport to the appropriate authority.

“They were telling me that passport was a property of the federal government and has a right to withdraw it at any time. ”

He has since dismissed the allegations of abuse of security funds under the last government.