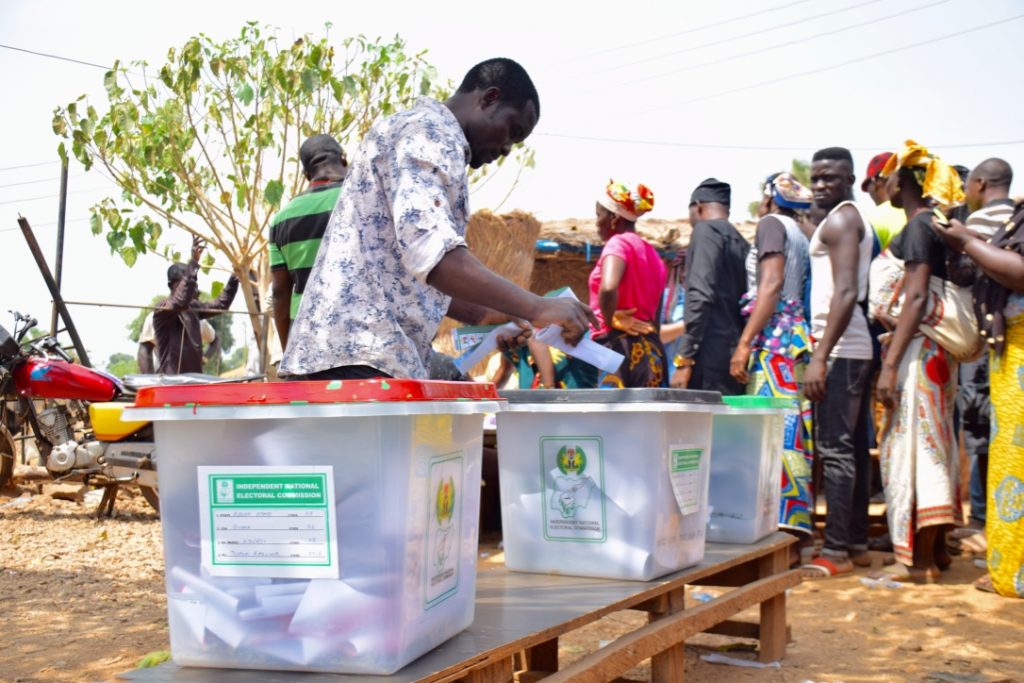 Aanalysts at the Centre of Democracy and Development’s (CDD) election analysis centre (EAC) have pinpointed nine key battleground states where the race for the position of the governor would go right down to the wire.

Following hours of intense deliberations at the EAC, the experts said Lagos, Kano, Kaduna, Imo, Ogun, Plateau, Bauchi, Sokoto and Adamawa made the cut among 29 states holding gubernatorial and state houses of assemblies elections on Saturday.

“Tomorrow’s elections are important because governors are about the most strategic positions in governance and who emerges often have a direct bearing on good governance and improved or worsened security,” Joe Abah, an analyst at the EAC and the Nigerian director for U.K. Department for International Development (DFID), said.

“The greatest challenge to good governance in Nigeria is the relatively high percentage of governors who are excessively corrupt, irresponsible in their governance mandate and often almost completely absent from their respective States.

“Our hope is that citizens have closely monitored and assessed the performance of their governors and are ready to sanction bad governors.”

TheCable is among the partners of the CDD for effective monitoring, factual analysis and updates on Saturday’s polls.

At least 100 journalists have been deployed across the country to cover the election process, expose irregularities, and provide timely updates on voting and collation of results.