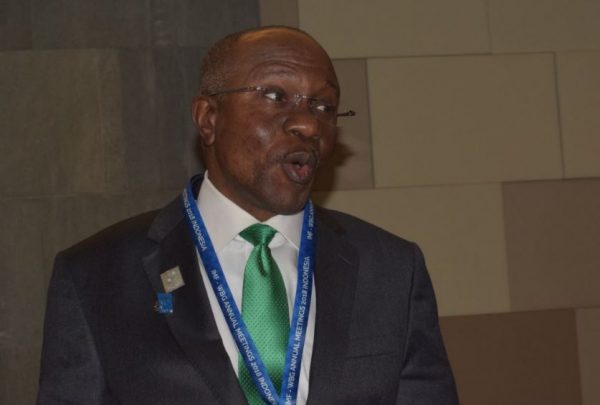 Godwin Emefiele, governor of the Central Bank of Nigeria (CBN), says the country expends $500 million annually on the importation of oil palm.

Speaking on Monday at a stakeholders’ meeting on the palm oil value chain that held in Abuja, Emefiele lamented the fact that Malaysia and Indonesia, who got oil palm seeds from Nigeria, are now the world’s largest oil palm producers.

The meeting was attended by the governors of Akwa Ibom, Edo and Abia as well as managers of Dangote Farms, Flour mills, United Food Industries and Dufil Prima Foods Plc.

“This conversation is indeed important as it forms part of our overall strategy to reduce our reliance on crude oil imports, diversify the productive base of our economy, create jobs and conserve our foreign exchange.

“This indicates that Nigeria still expends close to 500 million dollars on oil palm importation annually and we are determined to change this narrative.”

Announcing that governors in the south-south and south-east have agreed to each provide at least 100,000 hectares for large scale oil palm farming.

He said that with the help of the state governments, Nigeria could reach self-sufficiency in palm oil between 2022 and 2024 and ultimately overtake Thailand and Columbia to become the third largest producer over the next few years.