EXTRA: Rep-elect presents his certificate of return to MC Oluomo 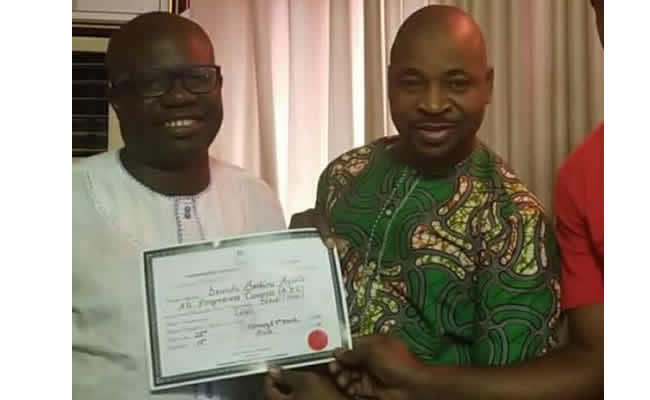 Bashiru Dawodu, winner of the February 23 election in Oshodi/Isolo federal constituency 1, has presented his certificate of return to Musiliu Akinsanya, a chieftain of the National Union of Road Transport Workers (NURTW) better known as MC Oluomo.

Dawodu was among the federal lawmakers that the Independent National Electoral Commission (INEC) presented certificates of return to on Thursday.

The All Progressives Congress (APC) member visited MC Oluomo at his residence to thank him for the role he played in his victory.

Oluomo wields a strong influence in Dawodu’s constituency and to prove this he said he was ready to assist his guest emerge a senator in 2023.