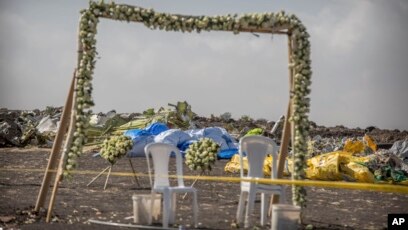 Wreaths and floral installations stand next to piles of wreckage where an Ethiopian Airlines Boeing 737 Max 8 crashed shortly after takeoff on Sunday, killing all 157 on board.

WASHINGTON — When Ethiopian Airlines Flight 302 plummeted to earth Sunday, killing all 149 passengers and eight crew members, the captain, Yared Getachew, was en route from his adopted home, Ethiopia, to his country of birth, Kenya.

Although he was the youngest captain at the airline, 29-year-old Yared had completed the route between the East African nations’ capitals many times.

A veteran pilot with more than 8,000 hours of flight time and more than 10 years of experience, Yared is being remembered not only as an accomplished flyer but also a “special child.” 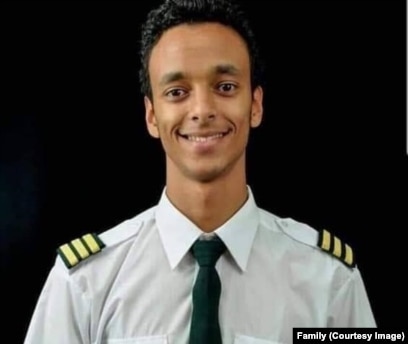 Born in Kenya, Captain Yared Getachew learned to fly in Ethiopia. He had logged more than 8,000 flight hours before Ethiopian Airlines Flight 302 crashed just moments after taking off from Bole International Airport, outside Addis Ababa, Ethiopia.

Yared’s father, Dr. Getachew Tesema, a surgeon, told VOA’s Amharic service his son was an “A” student, a swimmer so strong that classmates nicknamed him “Mr. Fish” and a young man engaged to be married.

“He was hard working and respected everyone, old or young,” Getachew said. “People loved him and respected him, and he was a blessing in so many ways. He was very close to me.”

The fifth of six children, Yared was born in Kenya in 1989. His mother, Rayan Shapi, is also a doctor and is Kenyan.

Yared excelled in school and returned to Ethiopia for college, later becoming a pilot for the largest airline in Africa and completing additional training in the United States.

“I convinced him to go to Ethiopia for education instead of South Africa. I brought him here. I have other children, but I thought he would bring change to Ethiopia,” Getachew said.

Authorities have launched an investigation into the cause of the crash, and details are emerging about the final moments of the aircraft, which fell to earth just six minutes after takeoff. Flight tracker information shows the Boeing 737 MAX-8 jet’s vertical speed was unstable, and Yared had radioed air traffic control to request a return to Bole International Airport just after taking off. 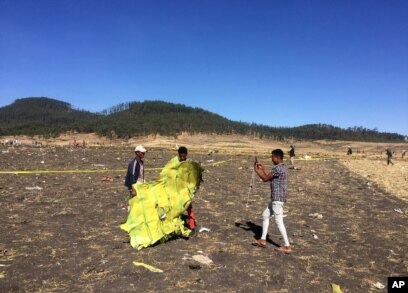 A civilian takes a photograph of the wreckage at the scene of the Ethiopian Airlines Flight 302 plane crash, March 10, 2019.

Eyewitnesses reported seeing smoke from the rear of the aircraft before it crashed, according to the Associated Press.

“I just hope that they would have one stone to commemorate him, for history or for the next generation,” Getachew said. “Not only for him, but everybody who was lost. Something in their memory where their names are carved. That’s my only wish. I lost a son whom I loved.”

As the world seeks answers about the second deadly Boeing 737 MAX-8 crash in less than six months, Yared’s father has yet to reconcile life without his son.

“My brain is numb,” Getachew said. “There isn’t anybody in the family that could repress how good he is. He was a special generation, a special being.”