Gbaja: Why I want to be speaker 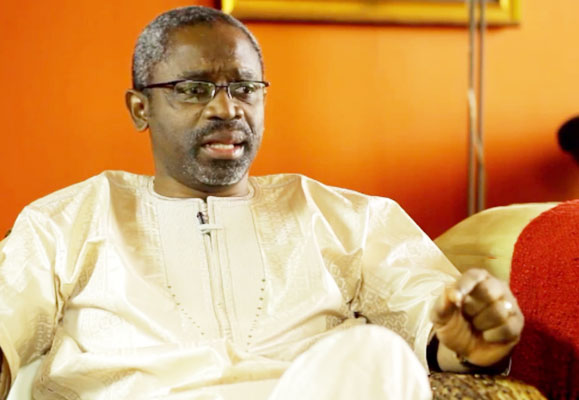 Femi Gbajabiamila, member of the house of representatives from Lagos state, has declared to contest for the position of speaker in the 9th assembly.

Speaking during his televised declaration in Abuja on Sunday, the lawmaker who represents Surulere 1 federal constituency, said he is in the race as a “beacon of hope”.

Gbajabiamila, who is currently the majority leader in the 8th assembly, is a fifth-term member in the All Progressives Congress (APC) who also ran for speakership in 2015 but lost to Yakubu Dogara.

The APC is expected to produce the next speaker of the house, as it currently has an overwhelming majority in the green chamber.

According to the lawmaker, he is contesting for the position as “a symbol of encouragement and point of contact for the many young men and women out there who believe that with hardwork and commitment whatever the mind can conceive is possible.”

He said he is contesting for speaker to bring government closer to the people and to “galvanise federal lawmakers to make life more abundant for Nigerians.”

“We are not where we ought to be considering the abundance of talents and the blessings from God. However, I am rest assured that slowly but surely we will get there,” he said.

“It is because of this unshakeable belief in the potential and genius of Nigeria and the majesty of our democracy that I today, after wide consultations with my colleagues, friends, family, party and stakeholders and in total submission to the will of God, today formally declare my intention to seek the position of the office of the speaker of the 9th Assembly and offer my service to the nation in this capacity.

“With all sense of humility, I seek this office with a rich legislative background and pedigree and having just won a historic 5th term mandate to the house, I have in the last 16 years dedicated my life to the service of my constituents and Nigeria.

“I have studied and understood the intricate workings of the legislature, a critical arm of government and I have come to understand the imperative of striking a delicate balance in the relationship between the executive and legislative arms of government without compromising the latter‘s independence.”

The APC and President  Muhammadu Buhari is reported to have endorsed Gbajabiamila for the position of speaker.