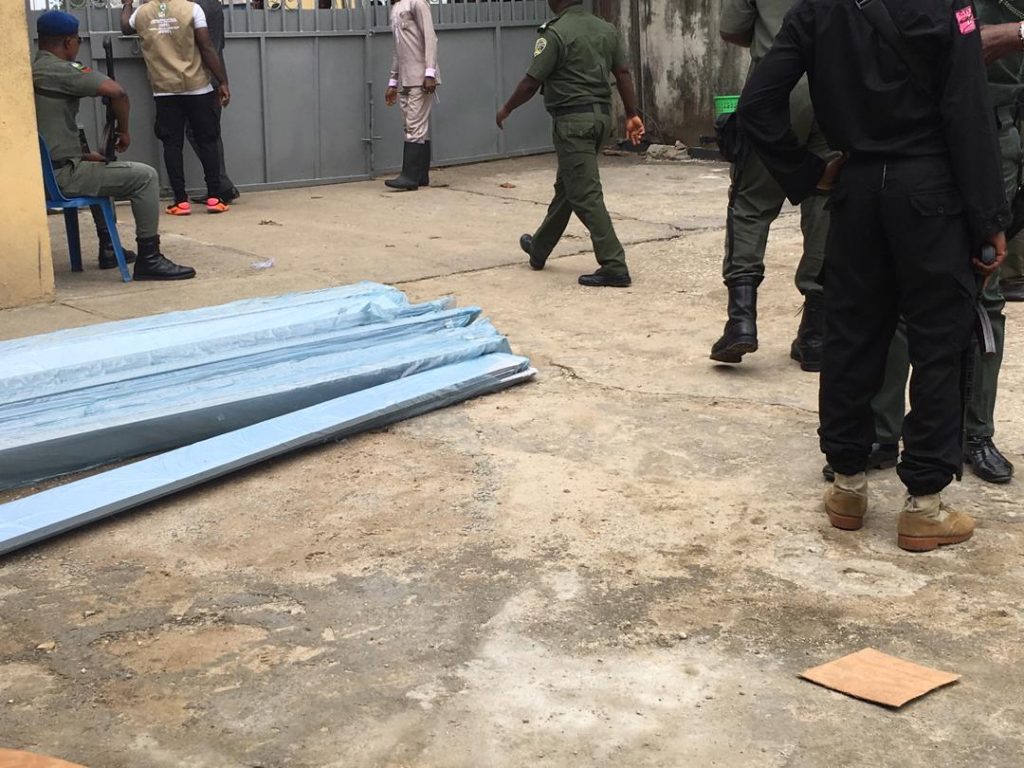 The United Kingdom has expressed concern over reports of military interference in the governorship and state assembly elections in Rivers state held on Saturday.

In a tweet on @UKinNigeria, its verified handle, the high commission said officials of the Independent National Electoral Commission (INEC) must be allowed to do their job.

The commission said it is monitoring the situation closely.

“We are extremely concerned by reports, including from @UKinnigeria observers, of military interference in the election process in Rivers State,” the tweet read.

“Monitoring the situation closely. @inecng staff must be allowed to do their job in safety, without intimidation.”

Edwin Enabor,  head of the department of voter education and publicity of INEC in Rivers, had narrated how military personnel took over the state collation center, harassing both INEC staff and ad hoc staff.

Enabor said soldiers screened the electoral officials at the entrance of the collation center, calling on the military authorities to investigate the incident.

“Throughout the election we heard so many reports of insecurity, molestation, harassment, assault on our staff and ad-hoc staff and disruption of the electoral process throughout the state in all the local government areas with the consequence that by yesterday evening, we were unable to get any result,” he said.

“As at now, the office is under siege by men in military uniform, army uniform, uniforms of air force and police, who have taken over the INEC office and they’re stopping and screening people and clearing results before they enter the office to the extent that up till now, no collation has been done.

“We don’t understand where the people are deployed from. We are not accusing the Nigerian army or air force but what we say is the people in the office here right now are wearing uniforms of the army and air force.

“If they are not from them, we are calling on them (security officials) to come and rectify the situation and allow our officers to enter with their results without molestation and harassment.

The commission has suspended all electoral processes in the state as a result of violence and  disruption.

TheCable reported how soldiers and policemen clashed at the collation center.