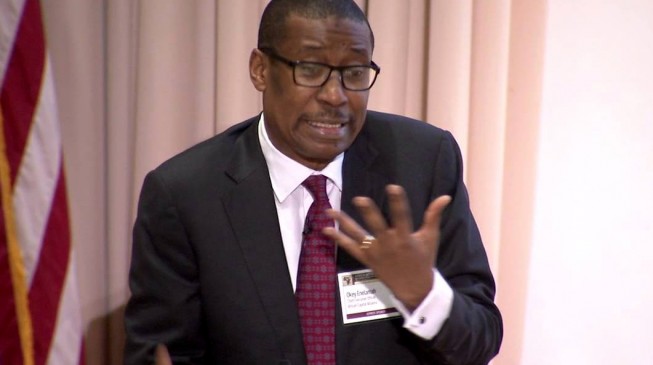 The Human and Environmental Agenda (HEDA) has called for the probe of Okechukwu Enelamah, minister of indusry, trade and investment, for allegedly mismanaging a $160 million World Bank project.

In a petition to the Economic and Financial Crimes Commission (EFCC), HEDA said the minister was accused of unlawfully diverting $35 million, part of money meant for the growth and employment (GEM) project.

In the petition signed by Lanre Suraj, HEDA executive director, the group said the funds being financed by loans from the World Bank and United Kingdom Department for International Development (DFID) was designed to support about 4,000 small and medium-sized enterprises(SMEs) across Nigeria.

It, however, quoted media reports as alleging the minister breached the legal framework and contracts of the fund.

It said the minister allegedly “made attempts to convert it to an SME fund with suggestions that he earmarked only 25 companies to benefit.”

HEDA said: “It was stated in the report under reference that the Minister allegedly deviated from the project terms and brought a former personal staff, Ugo Ikemba, from his private equity company, African Capital Alliance as project co-ordinator and it was also alleged that the personal staff is not only on contract employment but also on the salary of $5 million monthly.

“This petition and your intervention is expedient because the project is allegedly administered by the monopoly power and influence of the minister and in turn breaching the legal framework and guidelines made for the smooth administration of the project.”

But the minister has denied any wrongdoing in implementing the project.

Reacting via a statement issued by Bisi Daniel’s, his spokesman, Enelamah said contrary to the allegations, GEM project has been “a success story”.

“It has contributed to the diversification of the Nigerian economy, by supporting sectors that have high growth potential and create massive employment,” he said.