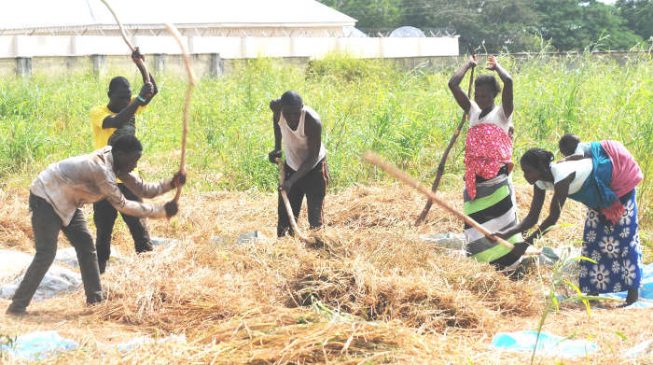 News about Nigeria overtaking Egypt in rice production have been making the rounds and some political loyalists have been sharing the news with joy.

With this, the country satisfies local rice demand, which is pegged at 3.8 million tonnes and leaves the rest for export.

Harold Roy-Macauley, director general of the Africa Rice Centre in the Benin Republic told The Nation on Monday that Nigeria is now Africa’s largest rice producer.

How did it happen?

While it is true that the Muhammadu Buhari-led administration has made efforts to boost local rice production, Nigeria was only able to overtake Egypt at this time because the North African country voluntarily reduced rice production in 2018.

According to Roy-Macauley, Nigeria now produces four million tonnes of rice annually, which is 400,000 tonnes smaller than Egypt’s annual production.

In March 2018, Abdelatif Khalid, head of the irrigation department at Egypt’s ministry of irrigation and water resources, said the country reduced cut rice production by 40% to save water.

“We cannot do anything else in light of the limited amounts of water we have. We have to grow less rice to save the water for other uses,” he said.

“Egypt is water-poor already and it cannot keep growing crops that need huge amounts of water.

“Growing crops like rice and exporting it is akin to exporting water, which should not be allowed for a country like Egypt.”

Data made available by the Thai Rice Exporters Association website shows that Nigeria’s rice imports from the country have reduced.

At present, the Central Bank of Nigeria provides support to smallholder farmers by providing loans and linking them with companies in the processing of key agricultural commodities.