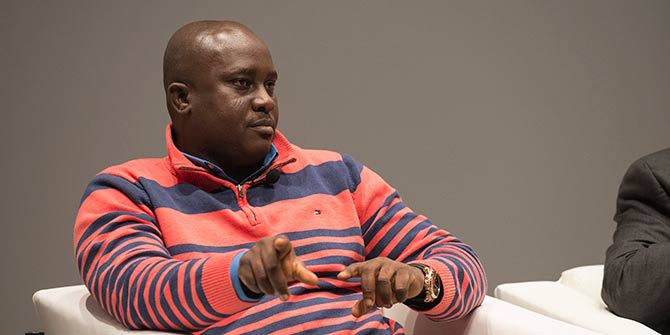 The trouble with the proverbial one thousand tongues of gratitude is that they do not bode well for a just commissioned book project. When your thousand tongues owe endless gratitude to hundreds and hundreds of thousands of people all over the world, you may end up spilling materials and narratives you promised your publisher that you would reserve exclusively for the book, much to his displeasure.

Yet, this task of public gratitude must now be done. It was deferred for months because physical trauma – Ottawa doctors said: we may have to amputate your left leg because it was so badly mishandled and infected in the hospital in Nigeria; your right hand too is in danger because serious nerve and ligament damage were missed in Nigeria – induced a psychic, emotional trauma which froze me up on every attempt to return to public life.

Calm down, says my therapist during one of numerous sessions. Don’t be so impatient about your inability to write and return to public life. You keep underestimating your trauma. You nearly lost your life. Then you arrived here and discovered that had you spent one extra day in Nigeria before you were evacuated, it would have been too late to save your left leg and your right hand. So you’re mad as hell because your psyche is not saying: I had an accident. Instead, your psyche is saying: my country nearly killed me and, failing in it, nearly turned me into a double amputee. And from the way you’ve been talking, I see you are also mad at your country because you keep thinking about the way she is treating your fellow citizens who are trapped within her and do not have the options at your disposal: they either die or are maimed for life. You think you can just up and start writing again for that country until we deal with the psychic trauma that is blocking you?

So I stew silently in physical and emotional trauma. Then Musikilu Mojeedcalls and says: Prof, you know, whenever you are able to write, your second book for Premium Times Publications should come from this experience. It should be exclusive so do not go about divulging too much of this narrative when you return to public life.

I promise Musikilu and Premium Times the book. A long title takes shape in my mind, “Serpent’s Son, You May Set Forth at Dusk”. I even begin to jot the outlines of the plot. Names whose role in mending me Musikilu says I must keep for the book begin to invade my mind. How do I not shout them out to the world before the book? So, Musikilu, you must forgive me, the total silence cannot be respected. However, I will be careful not to give much away.

I saw God’s face in this experience. I am not talking about an outer body experience. I am saying that God does not come down to help us. He already made us in his image so His face is the face of the women and men whose undying, unconditional and unalloyed love he uses to expand and enrich the meaning of blood and family in our lives.

Quite frankly, blood is overrated.

I saw God’s face in the actions of Bamidele Ademola-Olateju since a sympathiser picked my phone as I was being stitched together without anesthesia on a filthy operation table in Oyo. Nobody had yet to know what had happened. Who do we call first? Amid screaming, passing out and coming to, I blurted out Bamidele. The fellow went into whatsapp and video called her! That’s how she happened on a scene that nearly gave her a heart attack. We shall save the details of the emotional turbulence she’s been through in the last four months for the book…

I saw God’s face in the actions of Abimbola Olujide, his lovely wife, Olori, and their kids, since he rushed to that General Hospital in Oyo to claim me, mobilized by Bamidele. By the time Jide reached Oyo, the machinery of Kwara State University had been fully mobilized by the Vice Chancellor. An ambulance and a medical team were on their way from Ilorin. A second ambulance, mobilized by Professors Femi Osofisan, Olu Obafemi, Rem Rajand Rọpo Ewenla, was rushing in from Ibadan. Professors Adeleke Adeeko, Samuel Oloruntoba, and Olakunbi Olasope were working the phones desperately on other fronts from Ilorin, trying to mobilize medical doctors. Jide would have none of it for he had decided to be personally responsible for my care. The best way to summarize Jide’s story is that Mama Adesanmi and Mama Oyelude can no longer claim that they have only one son.

Ogbeni Biodun Ishola Ladepo was in the middle of a meeting in his lair at the US Embassy in Accra. He was yanked off the meeting. Kunle Ojeleye, Petra Akinti Onyegbule, Remy Binte Oge Stark-Wakanda, Olufunmilayo Odunaike, Yommi Oni, Je N’Wi Temi and Oluwakayode Olumide Ogundamisi were all rudely yanked from whatever they were doing and wherever they were. An immediate crisis group of those who weren’t sure I would make it had emerged (I had lost way too much blood at the scene of the accident before evacuation to Oyo). I saw the face of God in what these people did and have been doing since those initial hours. Musikilu says full details must be reserved for the book.

Once in Ibadan – the accident had happened at noon. I was finally seeing a doctor for the first time at 8pm, having been sewn up in Oyo by a Pastor volunteering as an auxiliary nurse – Jide was coordinating frenziedly with this crisis group over an immediate problem: what to do about Mama Oyelude and Mama Adesanmi.

I was on my way to Dakar for a consultative meeting of the working group put together by the African Union to revive Kwame Nkrumah’s Encyclopedia Africana project. Knowing my horrific telephone habits, the two Mamas had made me promise to at least call them before boarding the flight for Dakar in Lagos. The crisis group decided that the news must be kept away from the public at all costs for the sake of the two aged Mamas. Little did they know that some folks who take political differences too seriously and too personally had somehow gotten their hands on unflattering photos of me sprawled, dead-like and unconscious after being pulled from the wreckage, and passed it along to the elderly women for maximum damage.

The news was now out, beyond the control of the crisis group. What happened the moment the news went public – and has continued to happen uninterrupted ever since – has come to convince me that God resides in Nigerian humanity, warts and all. I have experienced compassion, goodness, empathy, and solidarity beyond description and certainly way beyond what I deserve.

Jide had to seize my phone in Ibadan. Four months later, I still have to switch off my phone for long stretches of time otherwise I would have no life. My email, my social media inboxes, every imaginable space where people feel I can be reached has been flooded daily since July with messages of love and solidarity. Even while I was on medical leave, the Administrator at the Institute of African Studies sent word that they were having trouble coping with the volume of calls from Nigerian sympathizers. Greeting cards from Nigerians I have never met and may never meet arrive daily from all over the world – Australia, Japan, Europe, the US, Africa, China.

The followers of this Wall and my Twitter account have been too kind. It got to a point where I was receiving messages from followers’ associations. Where and how do I begin to thank you all? My dear sister, Oby Ezekwesili, multiplied the phone calls, leading a group of firebrand sisters of mine on Twitter (Ms. Aisha Yesufu, Ms. Maureen Kabrik, Ms. Florence Ozor) to try and ensure that I did not delink from Project Nigeria as a result of trauma.

And then, there was my brother, Olusegun Adeniyi, former spokesman to the late President Yar’Adua, who didn’t rest until he was able to take a break from a US trip to come and see me in my home in Ottawa and spend time with me.

My brother, Professor ‘Tope Oriola, stepped in to run the affairs of the African Doctoral Lounge, a closed Facebook Group I convened last year to mentor African PhD students, Postdoctoral Fellows, and early-career University lecturers – a virtual extension of my work mentoring this demographic across Africa. If you belong in this demographic and you are on this Wall and you are not a member of the Lounge, you are missing out on tremendous opportunities.

Even members of the ruling class who have been and will continue to be at the receiving end of my irreverent prose joined the train of messages. An email would pop up from a Governor, a Minister, a Senator, a Rep, etc, and I’d be shocked. I’d respond saying the only solidarity I want from them is the sort that would provide the medical facilities I rushed to in Ottawa to ordinary and impoverished Nigerians using the sort of public hospitals that almost killed me in Oyo.

Sisters, brothers, I owe you too much debt. Too much gratitude.

Remy Binte Oge Stark-Wakanda, Petra Akinti Onyegbule and Abimbola Olujide sum up the nature of my debt to everybody in a thread that is common in some messages I have received from them these past few weeks as something plunged me into a space where they and nobody could reach me: Prof, we won’t stop calling. We won’t stop messaging. Our love will reach you wherever you are.

As I randomly go through thousands of messages now, I am surprised to see that theme running through notes deposited or voicemails left by folks who reached out even when they couldn’t reach me. You have kept sending your love and your messages in the knowledge that silence does not mean snubbing – it just means that there is no formula, no guidebook, no methodology for returning from trauma.

I cannot pay this debt of gratitude, brothers and sisters. The only way I can approximate what I owe you all is to rededicate myself as I heal progressively even more fervently to the Nigerian project.

This is the last I’ll post about this accident until the book is published. I need to return to the political trenches because we still have a country to rescue from the vultures.

I plead beforehand: if you notice that the volume of interventions is not at my pre-accident levels, don’t make anything of it. Don’t read too much into it. I only just stopped physiotherapy. I am still in the other therapy. I am not 100% there yet.

I am just coming back. Gradually. Slowly.