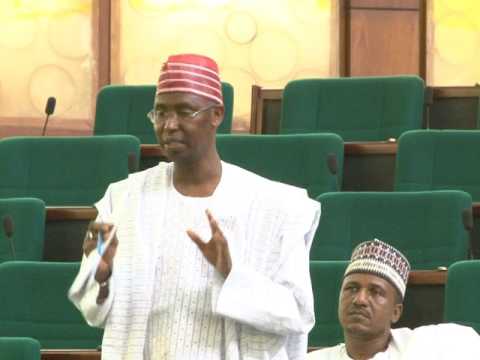 Aliyu Madaki, a member of the house of representatives from Kano state, says President Muhammadu Buhari’s integrity should be questioned over the inconclusive governorship elections in some states.

Madaki said the president’s integrity should be “seriously questioned” over his inaction and silence on the manner the elections ended in the states.

The lawmaker representing Dala constituency spoke while contributing to a motion introduced during plenary on Wednesday.

The Independent National Electoral Commission (INEC) had declared elections in six states inconclusive following cancellation of results in some polling units in the states.

The commission subsequently fixed March 23 for a supplementary elections in the states: Benue, Sokoto, Plateau, Adamawa, Kano and  Bauchi.

In his contribution, Madaki who is of the Peoples Democratic Party (PDP), accused the president of not acting in the face of “irregularities” carried out by INEC.

“If he (the president) has any integrity, it should be questioned seriously. We will not take it; we will not allow it. It will not happen.”

He said while he will not rig elections or support electoral violence, “nobody will rig us out” in Kano.

“Nobody will come to Kano and say this must be done. Kano is not Lagos,” he added.

Also speaking, Muhammad Soba from Kaduna state, said INEC has no powers to declare elections inconclusive after results have been collated at the poll.

Femi Gbajabiamila, majority leader of the house, however, suggested an electoral amendment to address the issue.

According to him, “inconclusiveness should be something of the past but how do we get there? Amending the electoral law to limit the powers of INEC. The supreme court already ruled on this and said INEC has such powers; so the only way to change the supreme court ruling is to amend our law.”