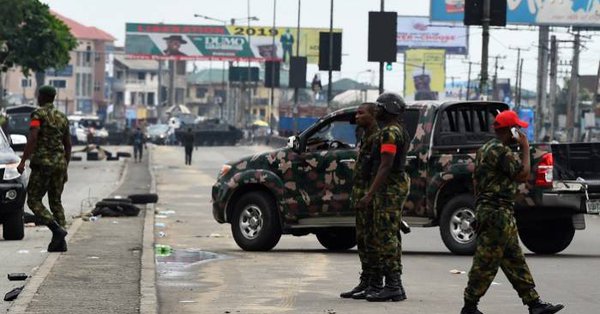 The Independent National Electoral Commission (INEC) says the military intervened in the governorship and house of assembly elections in Rivers state but it could not say if the involvement was to rig.

INEC had suspended the process because of widespread violence.

While fielding questions on Channels TV on Monday, Festus Okoye, INEC’s director of information and voter education, said the commission went on a fact-finding mission to the state based on what it discovered.

“The fact finding mission that we sent to Rivers established the fact that the military intervened in some places,” he said.

“We saw them in INEC office and they agreed that they were at some collation centres on election day.

“We did not go out to establish the fact about who rigged elections or who did not rig. What we want to ensure is that we complete collation of results in Rivers.

Earlier, INEC had said collation centres were invaded by some soldiers and armed gangs resulting in the intimidation and unlawful arrest of election officials.

TheCable had also reported how soldiers and policemen clashed at the head office of the INEC in Rivers state.

The argument broke out over who should be in charge of security at the office which served as the state collation center.

The commission has said results of 17 LGAs were intact and that it would announce the next line of action on Wednesday.