INTERVIEW: Memories of Bariga will stay with me forever, says BBC’s Mosuro 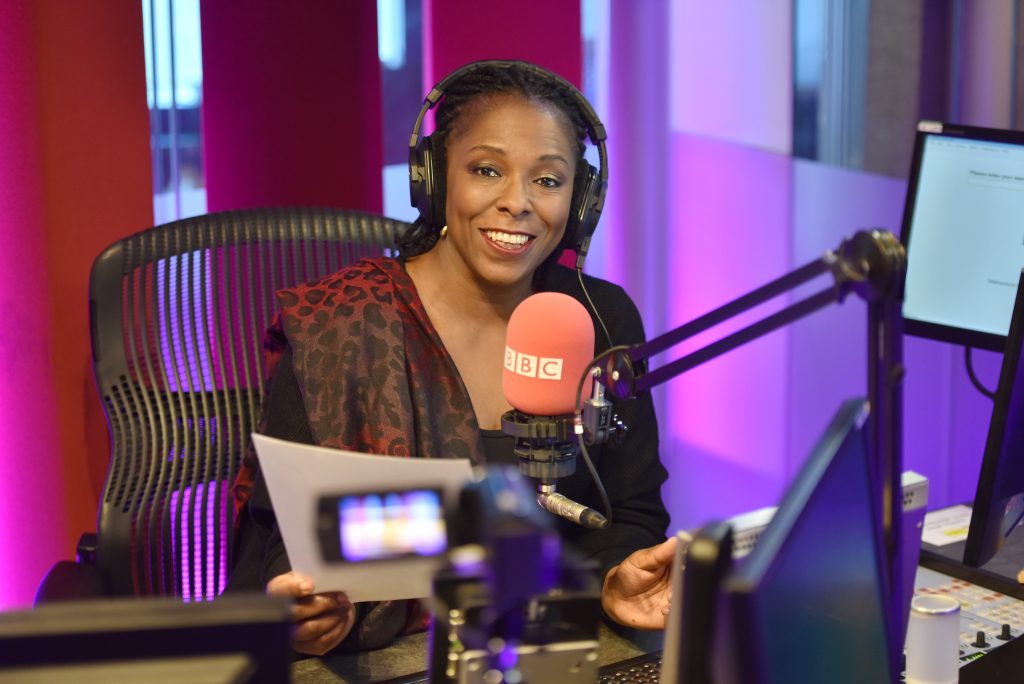 There’s light at the end of the tunnel but the only thing glistening in form of hope for certain inhabitants of Akoka, Ilaje-Bariga, Lagos, is the goodwill from people such as one of its former residents, Bola Mosuro, a presenter on Focus on Africa, a BBC programme.

Located east of the Lagos lagoon, below the third mainland bridge, and placed between Akoka and Bariga end of the Lagos mainland, Ilaje-Bariga is home to thousands of Nigerians whose daily reality is plagued with grime and filth. Interestingly, it is located around one of Nigeria’s most prestigious tertiary institutions, University of Lagos (UNILAG).

With streets covered in dirt, houses wrapped with low-hanging electrical cables, life in Ilaje is a risk. Having grown up in Bariga and with nothing but a nostalgic feeling, Mosuro visited the place with a hope to tell a story of how things have changed and developed since she was a young girl but sadly, things have gone from bad to worse.

Through Bola’s eyes, TheCable visited the densely populated area that can easily be described as home to the forgotten voters in Nigeria.

How long have you been working with BBC?

I have been working with BBC Africa service for more than 20 years now. The programme I work on is called Focus Africa. I am a main presenter on the show. I am currently back home (Nigeria) to cover the 2019 elections.

The last time I covered the elections was in 2011, so it is good to be back home as such an auspicious time in Nigeria’s history. I am from Ijebu, Ogun state, 100% Ijebu from both my mum and dad’s side. My dad is from Odogbolu and my mum is from Imaka. I am also married to an Ijebu man (even though by accident), so yes, 100% Nigerian. 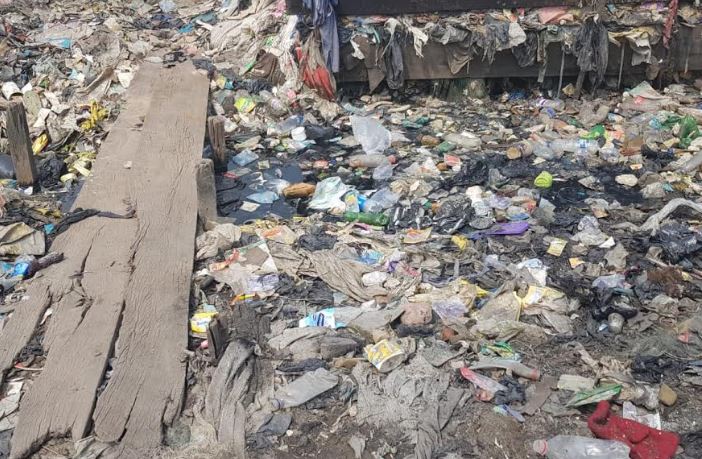 A street in Bariga

Having grown up in Bariga, what was your experience revisiting Ilaje after three decades?

Part of my upbringing as a child was in Bariga. I attended both my primary and secondary school whilst living in that part of Lagos. I feel a strong affinity to the area. Coming back to Bariga after knowing how I grew up there, knowing what it meant to me as a youngster, I would walk the streets, visit many shops there, do so many things. My friends are there. I remember going to buy moin moin (a delicacy made from beans) in the mornings before going to school, getting on the bus. One of the things that will always stay with me; when people talk about how tough it is for the people, it is sad to see that, that tough process is still ongoing and several things haven’t improved.

Going back to Ilaje we were right on the bus stop and I noticed it was the same frenetic activity, where you have buses going to Yaba, Shomolu and Mushin from that side. For a youngster, it was something I did everyday and then you took it for granted and you would think that years later we would have improved the services in some way so that people don’t have to go through that anymore but when I went to Ilaje and talked to people and those who we met during the interview were actually further down in Ilaje… after our report came out, could you believe that some people were saying that our reports were wrong as people in that area couldn’t be anyway deprived or could be suffering? They say they’ve improved the roads in that area, that they have access to all amenities and things are being done for them and they even built a jetty but that’s one part in Ilaje, not all of them. 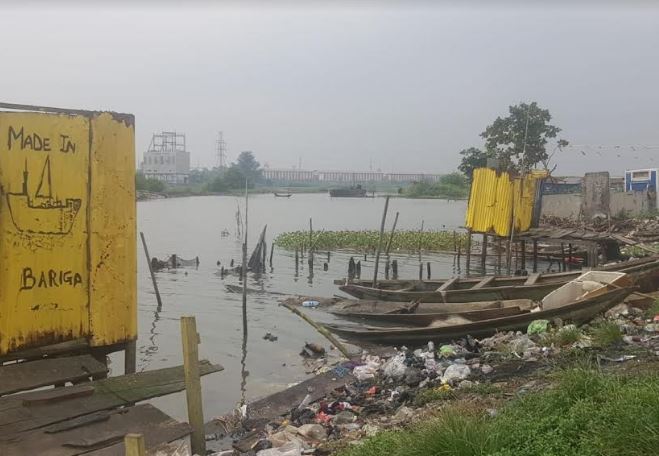 There are only in some corners. In this part that I went to, these people don’t have tarred roads but have a road built on litter. I walked on piles of plastic bottles, rubber slippers, plastic bags. They even had low-hanging electrical cables which can prove dangerous to people in the area. It was really surprising that such was still happening to communities in 2019.

Going back there to know what it was like compared to when I lived there as a youngster, yes it was in a nice way but it was also in poignant way because the house where I grew up has now be turned into a health care system. A doctor has now opened a practice where he is diagnosing different kinds of ailments. It used to be a home but now it’s a private practice, that in itself was kind of strange but it was good to be back in different ways; good and bad.
Bad because when you go somewhere you kind of expect it to develop and I was happy to see along the Akoka road, close to UNILAG, it is a place full of history. All the schools, with UNILAG down the road, one would expect that it is an area where we as a people will invest in.

There were people telling us that how come they have investments on the one side and you could see that there was development on that side because they were different eateries, hotels and churches. So that’s why I said good and bad; you saw the development parts. Things have changed, some parts that were not tarred before have been fixed but other things like the transport and traffic and how hectic it is for commuters was still there. 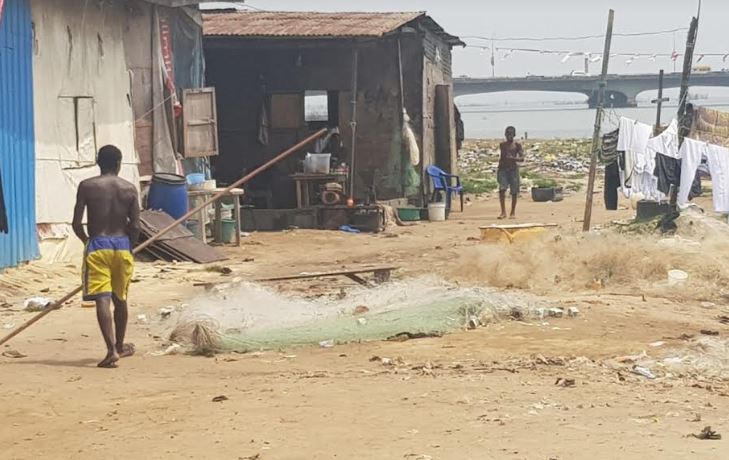 Residents of the area getting set for fishing

What prompted you to visit the place after so many years?

We wanted to see what was happening. It’s an area that I know, an area I grew up in. Why not? A lot of people have that kind of nostalgia to see what has happened. To revisit old hunting grounds, places they are familiar with and mattered to them.

Do you think things can change in the future?

Of course things are already changing. I want to see it develop and it has been developing but it is not for me to prescribe what it is to happen in a few years. Who wouldn’t want to see progression and development. Surely we would be hoping for a bright future for everyone.

Do you think that residents of the undeveloped area will vote and do they have a reason to?

I have heard a variety of views of people saying they are going to vote to and those who say they will not be able to vote because they haven’t got their permanent voter cards (PVCs). Some said they haven’t been able to get their PVCs because on the day they were administering it, they had to be in college. I have also heard from others who say they will not vote because they think it is more of the same thing, in the same political hands as it’s always been. Simply because it is a competition between two parties. We are a two-party system, more or less in Nigeria even though they were over 70 candidates for the presidential election. Some people haven’t registered because they are simply not interested.

You spoke to a certain Seun Awobanjo in your interview, tell us more about him and what he is doing for his community.

Seun is a young man who is serving his community, one in which he grew up in. He is now in his early 30s and he felt that in all the years which he’s lived in Isale Akoka that much has not been done to help them. So he decided that if no one is going to help, whether it is private concerns or local government, then they would build themselves. With the help some of his university friends, he started Footprints of David initiative, where he has so far, trained 105 young children, some of who are unable to go to school because it is much farther away from their homes. So they provide schooling for this children and they also provide training in theatre arts, drama, photography, print-making as a means of income generation. That is what he has managed to do for the community and he has also managed to rally up people who can help him but he is doing that because no one else is helping, so if they wouldn’t help, he would do it to uplift his community and he calls it “My Bariga, My pride.”