JUST IN: I’m not afraid of losing… it’s my staff who are jittery, says el-Rufai 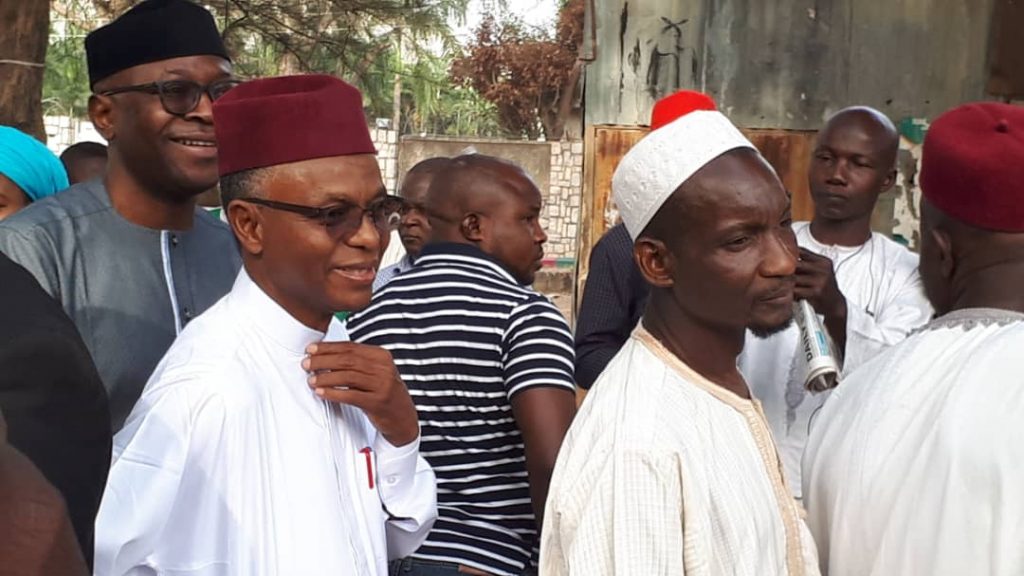 Nasir el-Rufai, governor of Kaduna state, says he is not afraid of losing his reelection bid.

The governor said this after casting his ballot at polling unit 024, Runka/Marnona, Angwan Sarki, Kaduna.

El-Rufai said since President Muhammadu Buhari won his reelection two weeks ago, he would get a job but the same could not be said of those working with him.

He pointed out that he was joking.

“I am not under any tension since President Muhammadu Buhari has won. Even if I loose , I already have a job,” he said.

“It is my staff that are jittery. I always share this joke.”