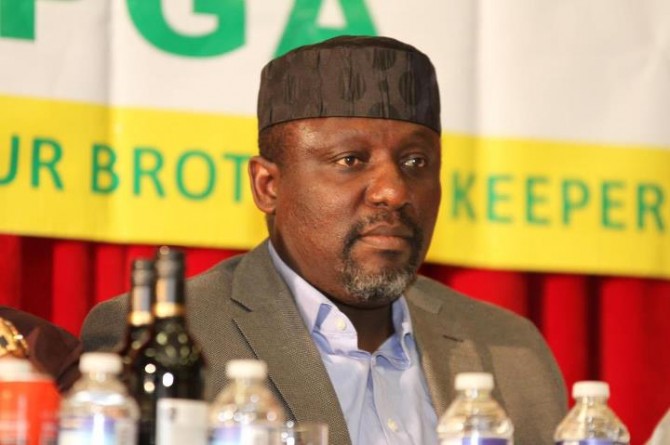 Casmir was alleged to have laundered the money through a new generation bank.

Okorocha, who won the senatorial election in Imo east two weeks ago, is supporting Uche Nwosu, his son-in-law, in the governorship election.

In a report, the anti-graft agency said Casmir was arrested based on intelligence.

“The, EFCC, Enugu Zonal Office, Thursday, March 8, 2019 arrested the Acting Accountant General of Imo State, Mr. Uzoho Casmir, on suspicion of laundering the sum of N1.050bn through a new generation bank for the governor of the state, Rochas Okorocha,” the report read.

“Uzoho’s arrest followed intelligence report that the governor intended to use the money for vote buying in favour of a particular candidate in tomorrow’s gubernatorial election. Intelligence further revealed that Mr Casmir withdrew the amount in three tranches between Tuesday and Thursday this week in the following order; N200m on Tuesday, N500m on Wednesday and N350m on Thursday.

“Meanwhile, the EFCC has blocked the traced accounts, while the arrested Accountant General has been providing useful information to the commission. Mr Casmir was before his appointment, a Director of Finance in Okorocha’s government and was in 2016 fingered in N2bn bailout fund scam, which was then given to the state by the Federal Government for the payment of salary arrears of civil servants.”