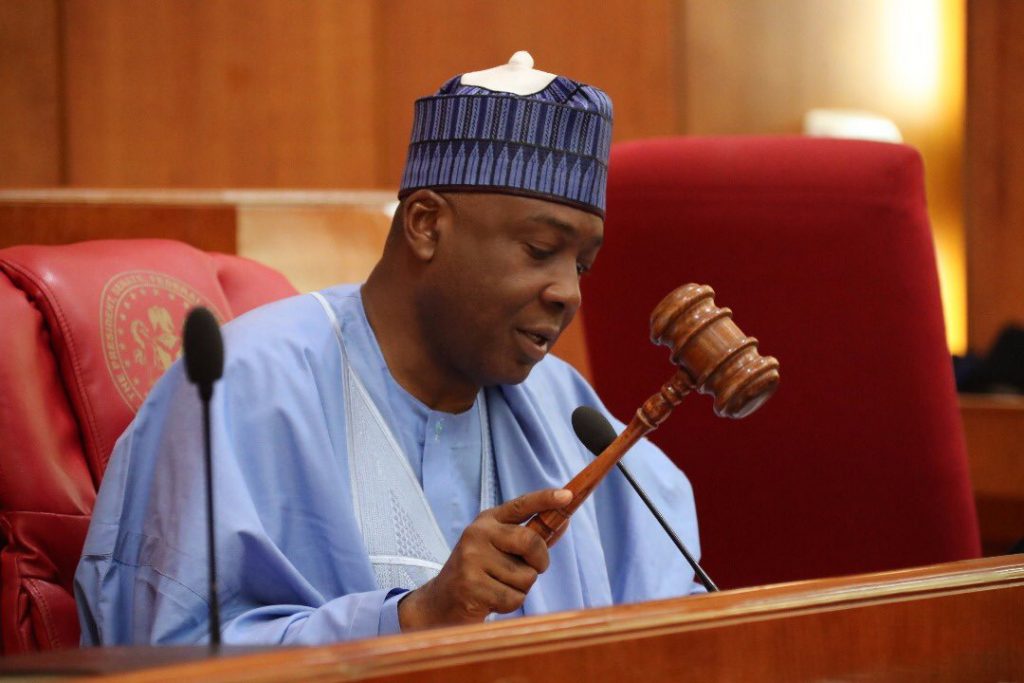 The senate has passed the 2019 appropriation bill of N8.82 trillion for second reading.

The bill scaled second reading at the upper legislative chamber on Tuesday — three months after President Muhammadu Buhari presented it.

The budget has a recurrent expenditure of N4 trillion while N2 trillion goes for capital expenditure with N2.2 trillion and N492 billion for debt servicing and statutory transfers respectively.

The senator said the statistics show Nigeria is still being held down by more debt.

He said: “With a total debt service of 25.7% and capital budget at 23%, it means we are paying more debt. Out of every one naira, 68 kobo is paid out. The federal government needs to go back to the drawing board.”

Ben Murray-Bruce who represents Bayelsa east senatorial district said compared to those of previous years, there is nothing new in the budget.

“The budget is not different from what we have been presented in the last 4 years,” he said, adding: “Recurrent expenditure of N4 trillion is too high. There are government agencies set up that have no value. These agencies must be scrapped.”

“We need to really look at this budget. Instead of reducing, we should ‘jerk up’ the budget by 10 trillion. What can 2 trillion do when we have on going projects,” he said.

“We need to block leakages and ensure taxes are collected and put into good use in the economy such as the basic health fund which the senate president started.”

Senate President Bukola Saraki subsequently referred the budget to the committee on appropriation which will report back in two weeks.