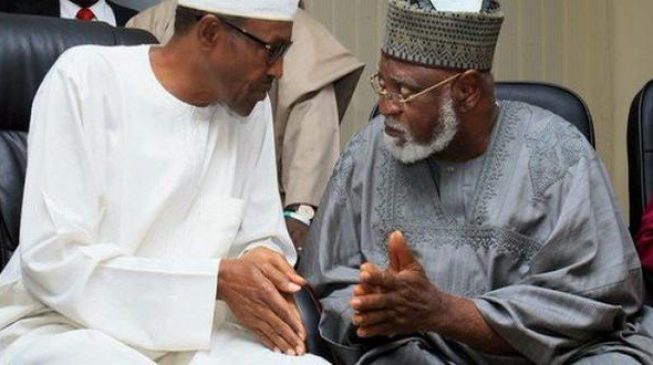 Abdulsalami Abubakar, chairman of the National Peace Committee, says his group has presented the grievances of Atiku Abubakar, presidential candidate of the Peoples Democratic Party (PDP), to President Muhammadu Buhari.

Abubakar, who met with Atiku and some opposition leaders on Thursday, disclosed this to state house correspondents after he and some members of the committee met with Buhari at the presidential villa in Abuja.

Atiku, who had disagreed with the Independent National Electoral Commission (INEC) that Buhari won the election and subsequently vowed to seek redress in court, reportedly listed his grievances with the APC government before the committee.

The meeting started at the president’s office around 3pm and ended at 4pm. Matthew Kukah, bishop of Sokoto diocese and John Onaiyekan, bishop of the Catholic archdiocese of Abuja, were in attendance.

Also at the meeting were Adams Oshiomhole, national chairman of the APC, and some stakeholders of the ruling party.