Laughter as Buhari asks Amaechi, Shittu to pray at FEC 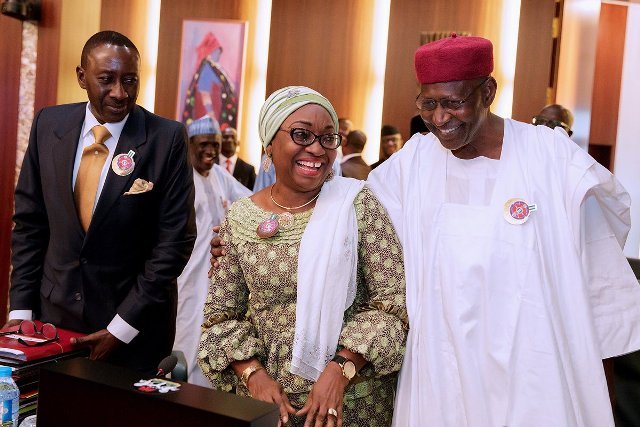 There was general laughter when President Muhammadu Buhari asked Rotimi Amaechi, minister of transportation, and Adebayo Shittu, his communications counterpart, to take the opening prayer at the ongoing federal executive council (FEC) meeting.

As soon as Buhari announced the name of Amaechi for the Christian prayer, one of the minister shouted “no election,” amid laughter.

Buhari had referred to Shittu as “minister of communications, Oyo State,” eliciting laughter among the ministers.

Shittu failed to deliver Oyo for Buhari in the February election as Atiku Abubakar, candidate of the Peoples Democratic Party (PDP) won the presidential election in the state.

The APC in Oyo also lost the governorship poll to the PDP.

Like Shittu, Amaechi, who was the director-general of Buhari’s campaign, failed to win the state for the president.

Editor’s note: This picture was used for illustration