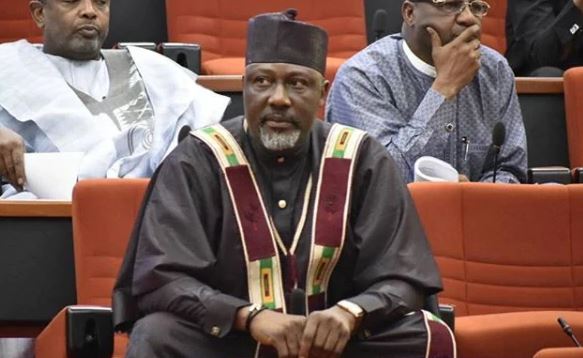 Dino Melaye, senator representing Kogi west, has been re-arraigned before a high court of the federal capital territory (FCT).

This will be the 12th time the lawmaker would be arraigned before a court since 2018 when he was first charged for lying to the police over an attempt to assassinate him.

At the court on Monday, the senator was re-arraigned for resisting arrest, “tweeting and speaking to journalists from hiding.”

In December, some police officers laid seige to Melaye’s Abuja residence. Then, the police accused him of culpable homicide.

The police said supporters of the senator shot and injured an officer in Kogi in July last year.

He was eventually arrested on the eighth day of the siege to his residence. Before this development, the senator had been arraigned on various counts for arming thugs in Kogi.

However, the charges to which Melaye was arraigned at the court was amended by the federal government.

By this action, the government has taken over the case from the police. Yusuf Halilu, the judge, granted Melaye fresh bail existing conditions.

Halilu has granted the senator bail at least twice since the authorities began arraigning him.

Melaye has repeatedly denied the allegations levelled against him.