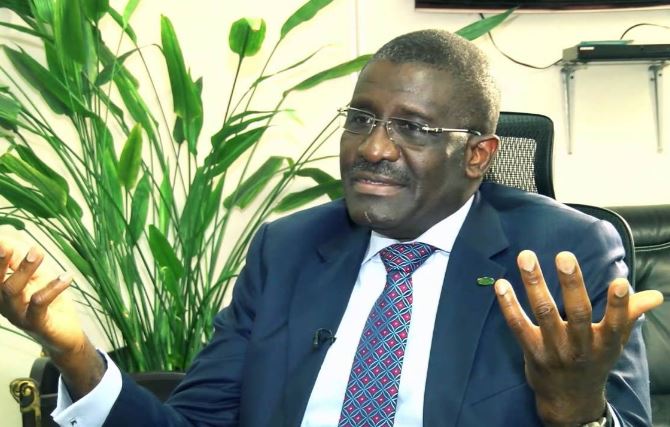 Waheed Olagunju, executive director, small and medium-scale enterprises of the Bank of Industry, says money for any potentially viable enterprise is not a problem in Nigeria.

Speaking during his send-forth dinner hosted by the institution, Olagunju who spent 28 years working in BOI said there are resources available to support those ventures.

“I have worked with six Managing Directors in my 28 years career and it has been rewarding,” he said.

“I keep telling people that money is not our problem in Nigeria for any potentially viable enterprise as the international financial system is awash with suitable resources that, based on its double AA international rating, could be mobilized by BOI and its foreign partners in support of such ventures.

“BOI needs the support of the government and everybody to continue to serve this great country. He called for prayers and divine guidance for those who occupy leadership positions in BOI and the country in general.

“This is a bank that shows appreciation to any staff that does well. Hard work does not kill. BOI is a bank worth dying for; Nigeria is a country worth dying for. We should do everything possible to ensure that this country realises its economic potentials and the bank has very important roles to play in this regard.”

According to Aliyu Abdulrahman Dikko, chairman of the bank, said Olagunju was part of the team that transformed the bank from the Nigerian Industrial Development Bank to Bank of Industry.

Speaking at a send forth dinner to celebrate the retiring director, Dikko said he joined the bank as the head of corporate communications in 1990, rose to become company secretary before getting appointed as executive director in 2012.

He said during the period Olagunju was in charge of the bank, he and his management team were responsible for improving the bank’s international rating, a move that aided the DFI’s access to different international lines of credit.

“We do not see Dr Olagunju leaving BOI as such, because we believe we can come to you anytime, you will be an extension of BOI and you will continue to be our ambassador in taking the bank to greater heights, “he said.

In his remarks, Olukayode Pitan, BOI’s managing director, said working with Olagunju has been rewarding.

“If you want to know anything about BOI just ask him. He has mental records that he also supports with relevant documents,” Pitan said.

“To let you know how we feel about him, the bank has not had a send-forth party for its staff for a very long time, so for us to do this, it means that we value his immense contributions to the bank.”