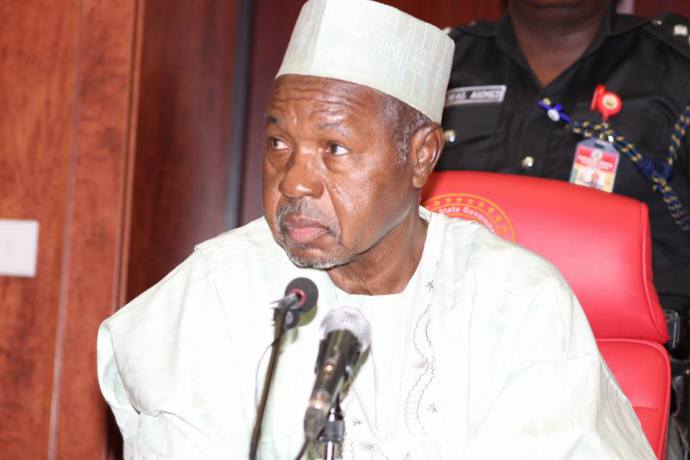 Hauwa Yusuf, mother-in-law to Aminu Masari, governor of Katsina state, has been kidnapped, according to Daily Trust.

Yusuf, aged 80 years, was reportedly abducted from her residence at Dandume crescent in Katsina layout of the metropolis.

She is the mother to Binta Masari, one of the three wives of the governor.

The newspaper said the armed abductors who wore masks stormed the residence around 3am on Friday, took her away after beating some persons “thoroughly” and carting away telephones.

Already, sympathisers have besieged the residence lamenting and discussing the incident just as security personnel were spotted gathering information.

The police are yet to make comments on the incident.

Masari is contesting Saturday’s election under the platform of the All Progressives Congress (APC).

The high rate of crime in the north-west state has been a source of concern to the government and residents.