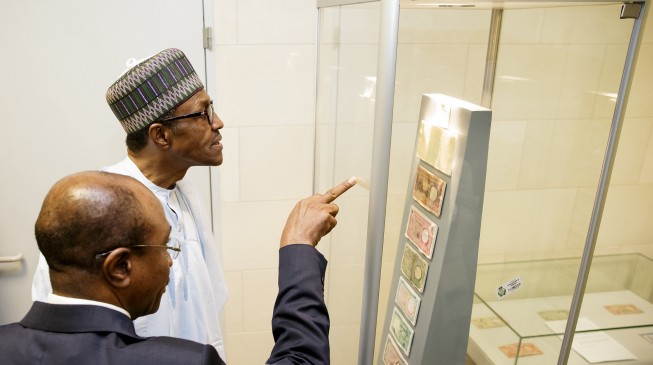 Nigeria has maintained its top spot as Africa’s biggest economy, ahead of South Africa and Egypt — but this is only when its gross domestic product (GDP) is calculated at N305/$1.

According to the International Monetary Fund (IMF), Nigeria’s GDP stands at $397.47 billion at the end of 2018, while South Africa could only muster $376.68 billion as Egypt was estimated to weigh only $249 billion.

However, Renaissance Capital, a leading emerging and frontier markets investment bank, says South Africa is actually Africa’s biggest economy — if Nigeria’s exchange rate realities are factored into the calculation of the nation’s GDP.

According to RenCap, GDP calculations using the purchasing power parity (PPP) of N362 per dollar brings Nigeria’s GDP to $357 billion — effectively shaving about $40 billion off the country’s GDP.

President Muhammadu Buhari and Godwin Emefiele, governor of the Central Bank of Nigeria, have insisted on the current exchange rate regime as the best option for Nigeria at this time when oil prices are below $100.

Charlie Robertson, the global chief economist at Renaissance Capital, made this known on Tuesday while explaining a slowdown in South Africa’s economy in 2018.

“South Africa GDP slowed from 1.4% to 0.8%, but that was still big enough to make it Africa’s biggest economy in 2018 at market exchange rates,” he said.

“We prefer market exchange rates because PPP dollars (which put Nigeria top) don’t buy you a Toyota. Or an oil refinery for that matter.” 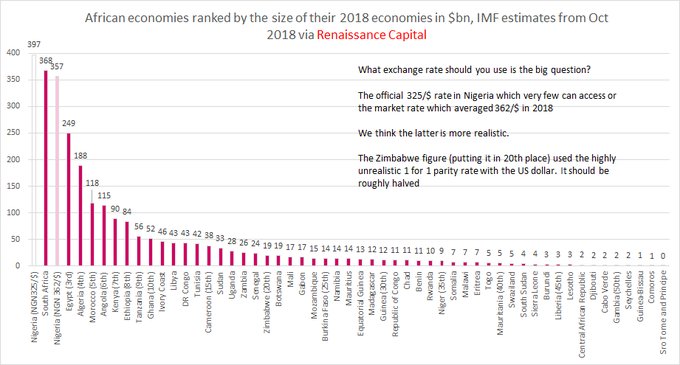 South Africa GDP slowed from 1.4% to 0.8%, but that was still big enough to make it Africa's biggest economy in 2018 at market exchange rates. We prefer market exchange rates because PPP dollars (which put Nigeria top) don't buy you a Toyota. Or an oil refinery for that matter

95 people are talking about this

RenCap, one of the leading frontier market analyst in the world, forecast Nigeria the biggest economy in Africa in 2017, with a GDP of $395 billion at CBN rate of N304 per dollar, and $327 billion at the market rate of N367 to the greenback. 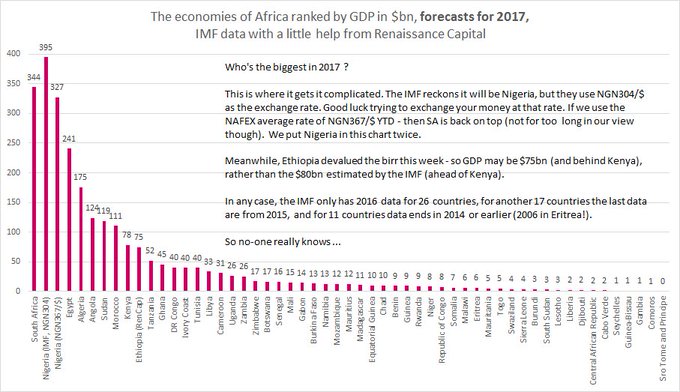 How do Africa's economies rank right now? We don't really know but there is a good argument that SA is first, Kenya again beats Ethiopia

82 people are talking about this

102 people are talking about this

In a note to investors seen by TheCable, RenCap said early March that for Nigeria’s GDP to grow faster than its population, oil prices will have to double or the country will have to diversify the economy and pursue industrialisation.

“To diversify the economy, Nigeria must accelerate the rise of adult literacy, aiming for at least 80% as soon as possible,” RenCap said.

“To ensure the north is not left behind, Nigeria will need to enact an adult education campaign, similar in scale and impact to that pursued by South Korea in the 1950s.”

The research and insight firm added that 100 percent adult literacy also will not fix the problem if the country does not fix electricity.

“Even 100% adult literacy will not allow an escape from poverty if there is no reliable supply of electricity to power a factory or office computer,” it said.