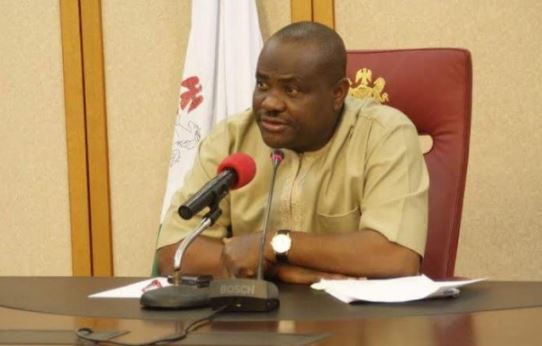 Deride him as much as you can and want. Hate him as many in the opposition have adopted to. Even some have chosen to see him as a trouble maker who is despised and criticised as brash and without finesse. Regardless however, ardent followers of our democracy must come to terms with the reality that Rivers State Governor, Ezenwo Nyesom Wike is living one of the finest moments of his life.

Where many had waited with baited breath to see him fail, he has exceeded their wildest imagination. Governor Wike in four years, in spite of intense opposition and distraction posed by imposed federal controlled security agencies in his domain, has excelled his peers and showed love to Nigeria and support for security agencies.

A visitor to Port Harcourt can tell today that the garden city is returning back to reclaim that once glorious identity for which it was celebrated worldwide. The Gardens and Parks are back. Green vegetation and beautiful roundabouts in Port Harcourt reminds one of the measure of a focused government.

The Pleasure Park in Port Harcourt has become the best in Nigeria and not even in Lagos can we find such facility for relaxation. And with a clearly focused Ministry of Urban Development, families are now planning and enjoying picnics knowing that the luxurious Park is available and secure.

To say that the sixth governor of Rivers State is a tough man, is stating the obvious. And anyone with any idea about politics in Nigeria will understand that it is not a terrain for the jelly, lily-livered. A man given to living his words, Nyesom Wike does not suffer fools.

He has left no one in doubt that his achievements deserve celebration as notable personalities cut the tapes to inaugurate projects completed by Mr Projects. Governor Wike is about delivery and he allows his work to speak for him.

One time minister of state for Education, Rivers State under his watch has emerged as a leading light in Education in the country. Free Education at some levels in Rivers State is real. From the primary school to the State University, Nyesom Wike has made a difference.

A resident of Port Harcourt with a ward in Secondary public School says he has not paid any fees in the last three years for the girl’s studies.

To appreciate the extent of work so far done by the Nyesom Wike administration in the state, a drive through the streets of Port Harcourt at night provides a charming image of an alluring city.

The street lights in Port Harcourt are not a camouflage, they work. And they line both the major and smaller streets. An illuminated city is a critical first level for guaranteed security of lives and property.

Before now, the state of roads in Rivers State were in a shamble, all that has become a thing of the past as several of them have been resurfaced and those that need repairs have received attention and new ones built. Any wonder why the once snarly traffic in the capital city of Rivers State has become history.

Maintenance of public utilities, roads and infrastructure have become more efficient and this is as a result of a reinvigorated ministry of works which has its eyes focused on ensuring that existing infrastructures work.

Speed and efficiency are the two key factors driving the massive rehabilitation, restructuring and restoration going on in the entire Rivers State.

Heath care has attained a priority height as health centres have been built, 13 general hospitals and 5 Zonal hospitals are at various stages of completion and reconstruction although Abua General hospital has been eqipped and commissioned. The international mother and child hospital, establishment of pioneer College of Medical Sciences, restyling of BMH to be the Rivers State University Teaching Hospital are legacies that will define the place of Nyesom Wike in history of Rivers State.

Understanding that a successful democracy is entirely dependent on the economic well-being of the people, Governor Wike in the last four years has designed appropriation bills that reflects the aspirations of the people of the state.

In its 2019 budget of N480.4 Billion for instance, aside Lagos and Akwa Ibom, Rivers State has one of the most focused and capital expenditure intensive budgets in the country. Rivers State in 2019 will expend N323.28 Billion for capital projects with only N157.12 Billion for recurrent expenditure.

This visionary leadership focused on meeting the dreams of the citizens can only come from a leader sustained by the need to excel.

Another resident of Port Harcourt who works with an oil and gas company and has lived in the city for over a decade, speaks the mind of most residents of the South-south state, “I can say without any doubt that this government is the best that Rivers State has had in recent time. Things are working and life is more meaningful.”

Doing what he promised to do four years ago is the only reason Governor Nyesom Wike is convinced that another four years only means a guaranteed future of success, fulfilment and hope accomplished.