Okoye replies APC: I have only seen Dogara once — and it was from a distance 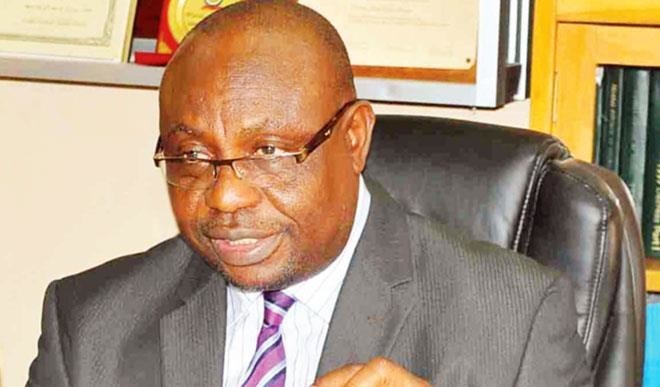 Festus Okoye, a national commissioner of the Independent National Electoral Commission (INEC), has denied having any dealing with Yakubu Dogara, speaker of the house of representatives.

In an interview with The Punch, Okoye said the allegation that the speaker is his client has no basis.

He said he has only seen Dogara once and it was from a distance.

The All Progressives Congress (APC) made the claim while rejecting the submission of INEC on the results of the governorship election in Tafawa Balewa local government area of Bauchi state.

The commission had declared the governorship election in the state inconclusive and fixed a supplementary poll.

However, INEC later reversed the action in line with the recommendation of the committee which investigated some issues that arose during the election.

Okoye, who is INEC’s chairman of information and voter education committee, chaired the committee.

But the ruling party said Okoye asked INEC to cancel the election because he and Dogara were friends.

Mohammed was leading when INEC declared the exercise inconclusive.

Okoye asked politicians to refrain from making claims that lack basis, saying it is important to “stick to the issues and remain within the confines of available fact”s.

“I am a barrister and solicitor of the Supreme Court of Nigeria and I graduated from the University of Jos in 1984. I was called to the Nigerian Bar in 1985,” he said.

“The Hon. Speaker of the House Representatives graduated from UNIJOS in 1992 and was called to the Nigerian Bar in 1993. I had left UNIJOS before the Speaker entered the University.

“Secondly, I am 34 years post-call as a lawyer and have been in private legal practice for 34 years. I am a constitutional lawyer and civil society activist. I have never written a single letter on his behalf or filed any document on his behalf. I have seen the Speaker only once in person in a workshop and it was from a distance.

“Those that are making wild allegations do not know anything about me… the report of the investigation committee has been presented to the commission and the commission has accepted aspects of the report for implementation.