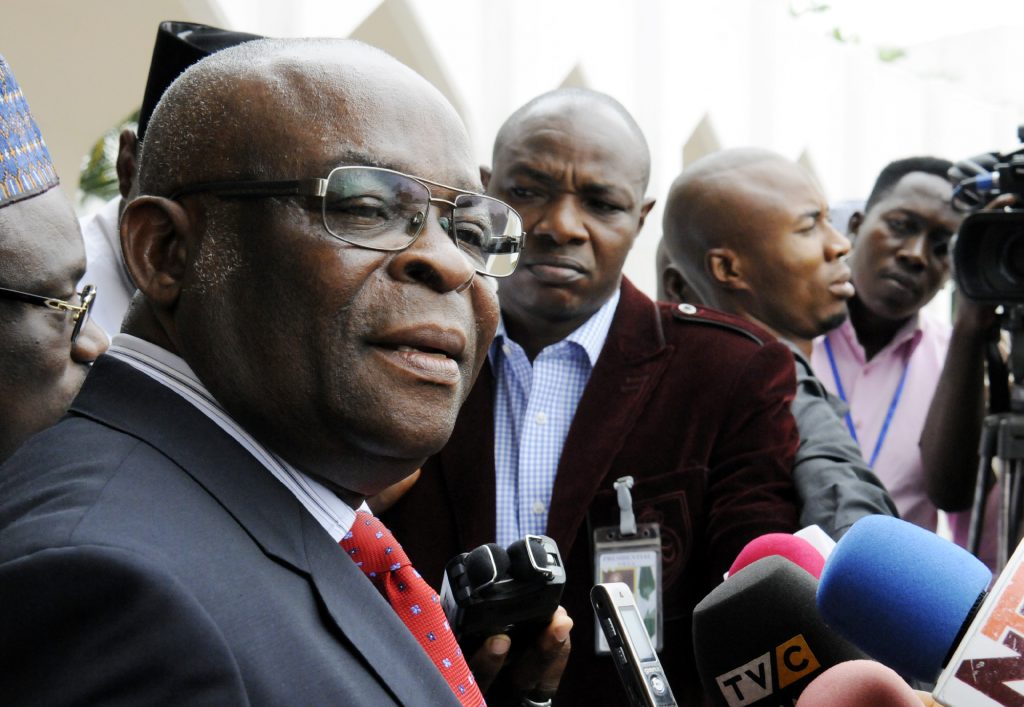 Walter Onnoghen, suspended chief justice of Nigeria (CJN), appeared before the Code of Conduct Tribunal (CCT) on Monday as his trial resumed.

The federal government is prosecuting Onnoghen over alleged failure to declare his assets, between June 2005 and December 2016, as prescribed by the law.

He had pleaded not guilty to a six-count charge filed against him by the Code of Conduct Bureau (CCB), during the last sitting.

Shortly after his arraignment, Chris Uche, Onnoghen’s lawyer, applied for his client to be granted bail on self recognition.

The case was subsequently adjourned till March 11, for hearing of all pending applications.

Onnoghen arrived at the tribunal alongside the parties in the suit, on Monday.

The defence counsel, who listed about five applications, sought the CCT to strike out the charge against him.

He also prayed for an adjustment to enable the National Judicial Council (NJC) to reach a decision on the matter before Onnoghen can be tried.