Osinbajo on Kabba crash: Kogi govt would have been in trouble 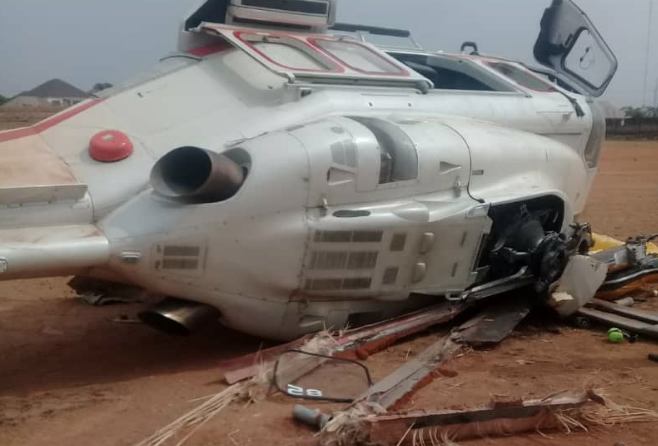 Vice-President Yemi Osinbajo says the Kogi state government would have been in trouble if he did not survive the helicopter crash in the state last year.

Osinbajo said this on Sunday during a thanksgiving service at the Aso Villa Chapel.

The service was meant to commemorate Osinbajo’s re-election with President Muhammadu Buhari.

The vice-president escaped death in February when the helicopter conveying him and his team crash-landed in Kabba, Kogi state.

No injury was sustained in the incident which investigation later showed was as a result of “unusual weather condition”.

Osinbajo recounted how he was delivered by God during the incident which occurred during one of his tours round the states.

“On February 2nd, God gave me reason to know that but for his grace we would have been consumed, when our helicopter crashed,” he said.

“When the crashed occurred, for a moment there was complete silence. For a second, it occurred to me that if we had died that is what it would have been, complete silence. But we all got out without a scratch. God delivered us.

“God also delivered those in charge of our security, the government of Kogi State would have also been in trouble. We give God all the glory. I pray God will also be kind to you all also, that you will never be lacking in support, care and genuine prayers.”

He said he did not envisage himself in politics before 2015, not to talk of touring the 36 states in the build-up to the elections.

“I am constantly reminded by my wife that she wanted a quiet life, which I promised as an academic but here we are today,” he said, adding: “I know that I don’t have special qualification all the exaltation comes from God.”