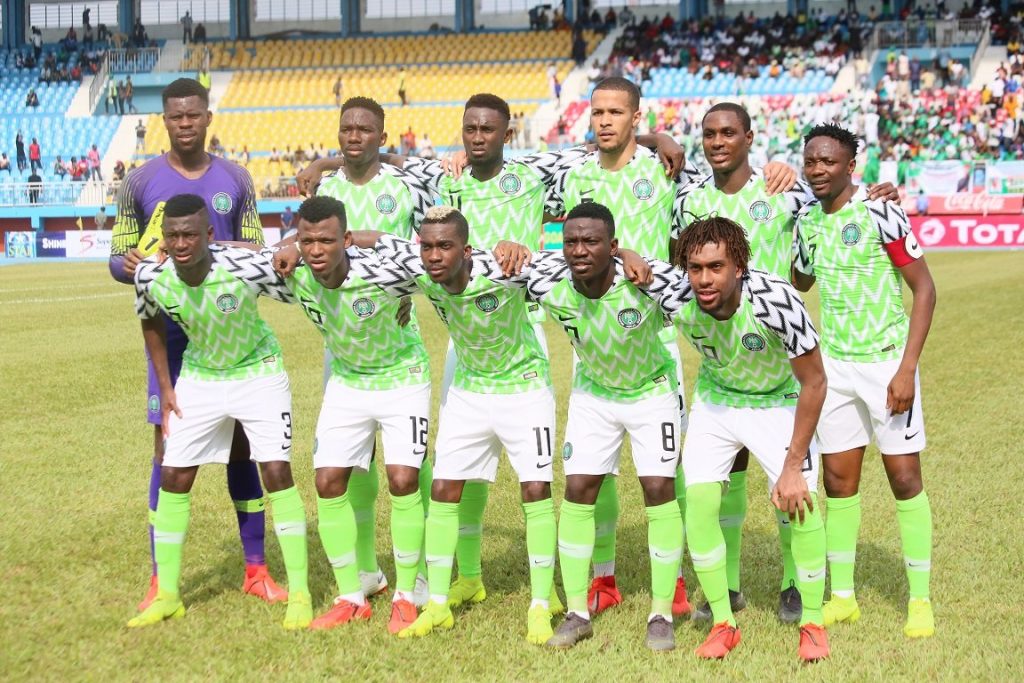 The Super Eagles of Nigeria finished their AFCON qualifiers series with a 3-1 win over the Pirates of Seychelles at the Stephen Keshi stadium in Asaba, Delta State.

The win ensured Gernot Rhor’s wards finished top of Group E, but the game itself was poor. Littered with many that looked ordinary against a defensive-minded Seychelles team which had nothing to lose, we look at how each Eagle soared or crashed.

Francis Uzoho (G):
Definitely an Eagle which crashed in Asaba. Started well, tipping a dangerous cross and free kick wide within minutes, but rush of blood and poor decision making gifted Seychelles the equalizer. Despite having two of his defenders under the ball, the Anorthosis of Greece ‘keeper decided to catch a deep free kick instead of punching, allowing Seychelles only their third goal of the qualifying series.

Shehu Abdullahi (D):
A non-flying Eagle. Not much to do defensively neither was he effective going forward. A below par performance in which he was neither impressive nor poor.

Kenneth Omeruo (DC):
Quiet day in office but his lack of communication with the goalkeeper led to the Seychelles goal. Otherwise he was confident on the ball and looked like the defensive leader.

William Troost-Ekong (DC):
Like his central defence partner, Ekong had a quiet day in office scarred by lack of communication which led to Seychelles’ leveler. His free downward header in the second minute was comfortably held.

Jamilu Collins (DL):
Soared. Man of the match. Looked like the weakest link in defence but his attacking forays were very effective. The visitors’ best chance came off his wing before Uzoho’s moment of madness, but he did provide good crosses and Onyekuru converted one of such. His doggedness created the assist for Moses Simon’s late third.

Wilfred Ndidi (CM):
A high flying Eagle anyday. Given the task of joining the attack from deep but despite not doing much of it, he was effective the few times he did. Had the best dribble of the game which created the a chance for Ighalo, and his control put him in a great position to win the penalty which led to the opening goal.

Oghenekaro Etebo (CM):
A bright Eagle as usual, as the Delta State-born midfielder felt at home. Narrowly missed with an early 19-yard free kick, while he also blazed wide minutes later with his usual late run from deep. The tireless midfielder fared better than many of his colleagues.

Ahmed Musa (AM):
Quiet and led from outside the nest. The captain played like it’s a do or die game. Harried the Seychelles players and kept yelling at his colleagues to take the game serious. An average day in office.

Alex Iwobi (AM):
An Eagle that forgot his wings at home. Poor, anonymous, below par. Everything he tried did not come off, although the state of the field did not help his cause. Kept things simple in the second half and fared better, even though it wasn’t a sparkling performance by his usual standard.

Henry Onyekuru (F):
A flying Eagle. Anonymous first half in which he was not helped by poor service from full back, Abdullahi and poor understanding with Iwobi. Everything changed in the second period as he nodded in Collins’ cross at the back post and took on the opposition defence more confidently.

Odion Ighalo (F):
A solid Eagle. Made a nuisance of himself as usual. Could have won a penalty early on and should have scored off Ndidi’s cross-com-shot but he looked to control- and failed to- instead of shooting. The Super Eagles’ top scorer in this AFCON qualifiers coolly dispatched the penalty kick to give Nigeria the lead.

Substitutes
Paul Onuachu Ebere:
The Midtjylland attacker took his Super Eagles bow but like most of the players in this match, could not influence the game.

Semi Ajayi:
Did nothing of note in his cameo appearance.

Moses Simon:
An Eagle given no time but outshone many with his cameo display. The striker had five minutes to conjure up a performance and he delivered. Scored the third goal with good close control then a well-taken shot despite being under pressure by a defender.