PROMOTED: Bi-Courtney has a valid 36 year concession on MMA2 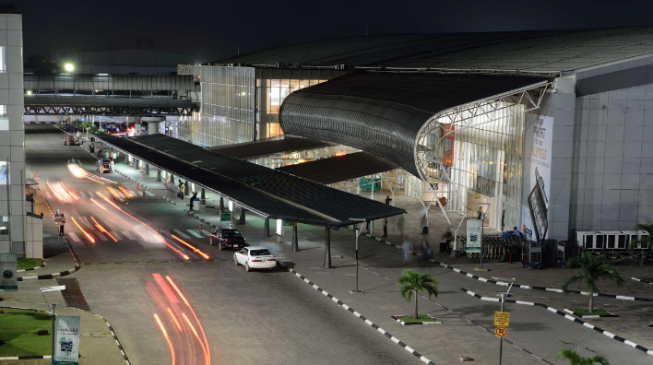 Our attention has been drawn to an article published by Sahara Reporters alleging that MMA2’s term is 12 years and is about to expire.

While we find this very surprising, we will like to set the records straight by stating that, Bi-Courtney Ltd. entered into a Concession Agreement with the Federal Republic of Nigeria, for the Build, Operate and Transfer of the MMA2 for 36 years.

It is obvious that MMA2 is the most well designed and run terminal in the country operating on very limited revenue. It is a masterpiece in the provision of public infrastructure through private capital.

Whilst the writer of the article set out to mislead the public through very untruthful and malicious statements, the peddlers of this baseless story have refused to come to terms with the fact that MMA2 has thrived in the face of operational challenges battling the concession including FAAN’s flagrant breach of concession agreement.

For the avoidance of doubt, the facts are stated as follows:

1. The Federal Airport Authority of Nigeria (FAAN) offered Bi-Courtney a 36-year lease in a letter dated 12th of October 2006 and an agreement was duly signed on the 2nd of Feb 2007 by the Minister of Aviation.

The clear provisions of the concession agreement between Bi-Courtney and the Government upholds the operation of the MMA2 terminal for an undisputed period of 36 years.

Since inception, FAAN has not complied with the agreement to handover the GAT which is a property of Bi-Courtney. FAAN through its actions has consistently breached its obligations in the concession agreement and has caused Bi-Courtney a loss of over N250B.

The erroneous claims against the Chairman of Bi-Courtney in making frantic efforts in the Presidency to frustrate a takeover of the terminal is not unconnected to purported attempts to stir up a false sense of alarm and acrimony against the concession.

The public and media should stop listening to naysayers who have no interest in the growth and development of Nigeria. MMA2 remains the best terminal in Nigeria and no terminal that has been built compares with it.  The appropriate thing is to encourage Bi-Courtney and other private investors and developers to save FAAN from itself and its abysmal management of airport infrastructure.

It is of interest to also note that the fictitious claim of alarm and panic causing instability amongst Bi-Courtney staff bears no iota of truth and is absolutely non-existent. Bi-Courtney remains a key employer of labour in the aviation industry committed to providing an environment for strong corporate health without fear, pressure or prejudice.

Bi-Courtney reassures all air operators and the travelling public of its commitment to providing first class service and maintaining the highest standard of professionalism through continuous investment in power generation, critical infrastructure development, passenger facilitation and modern technology in the aviation industry. As operators of the most efficient airport terminal in the country today, the safety, security and comfort of our users and personnel continue to remain top priority for us at MMA2.