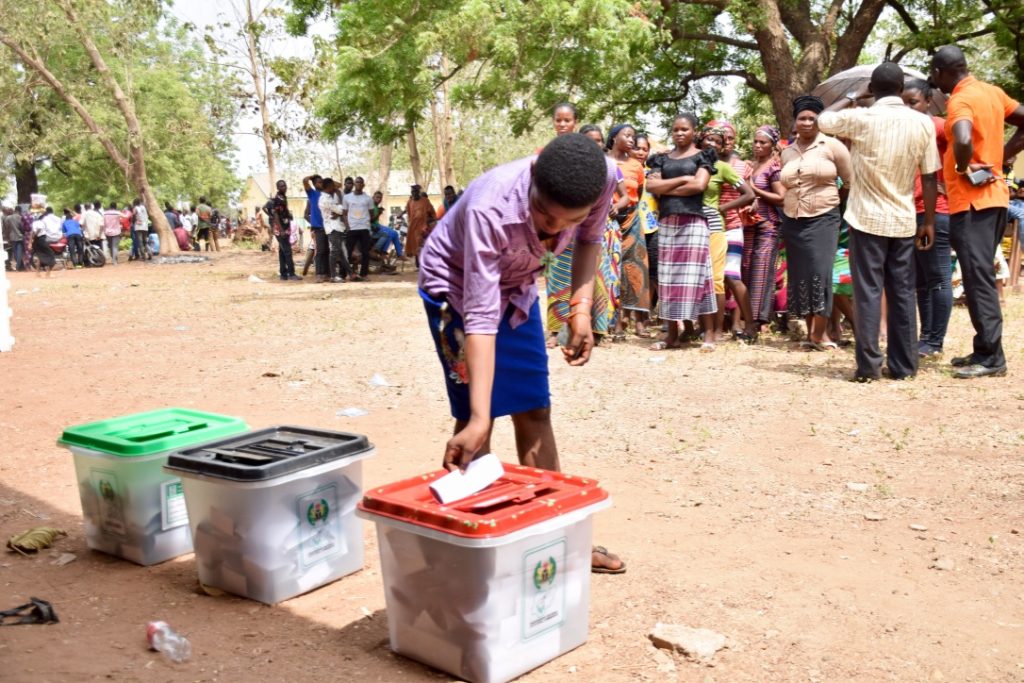 The Peoples Redemption Party (PRP) in Kaduna state has called for the cancellation of national assembly results election in the state’s central senatorial district.

Abdulrahman Danbirni, PRP state chairman, made the call during a press briefing at the PRP secretariat on Saturday.

He  said the election was a “charade that ridiculed the democratic process”.

At the February 23 election, Shehu Sani, senator representing the senatorial district lost to Uba Sani of the All Progressives Congress (APC) who is also an ally of Nasir el-Rufai, the state governor.

The PRP state chairman alleged that the Independent National Electoral Commission (INEC) colluded with the APC to rig the election using various means.

Listing some of the “irregularities,” he said the party’s agents noticed alteration of results, non-use of card readers, and even cancellation of results that did not favour the ruling APC.

He said there was “intimidation and open partisanship of security personnel” in some local governments under the Kaduna central senatorial district–also known as zone two– including Birnin-Gwari/ Giwa, Kajuru and Igabi.

“The People’s Redemption Party, PRP Kaduna State Chapter condemned the last Presidential and National Assembly elections, as it ridiculed our Democratic participation of one-man one-vote in which each vote must count,” the statement quoted Danbirni as saying.

“It is sad that the election that costs Nigeria a colossal sum of money and a great deal of time to prepare ended as a charade and a rape to our democratic process.

“Inundated with electoral irregularities, we are left with no option than to throw away the baby along with the bathwater.

“We therefore reject the complicity of INEC and the role of the security and the APC-led government in deploying state resources to aid the party in its mission to rig elections to its favour,” he said.

“We  blame the APC-led government in the state for this gargantuan electoral fraud and a daylight robbery of our democratic process. All individual votes must count in a democracy.

“We are calling for the cancellation of the  Senatorial and House of Representatives elections in Zone II by the Independent National Electoral Commission.”