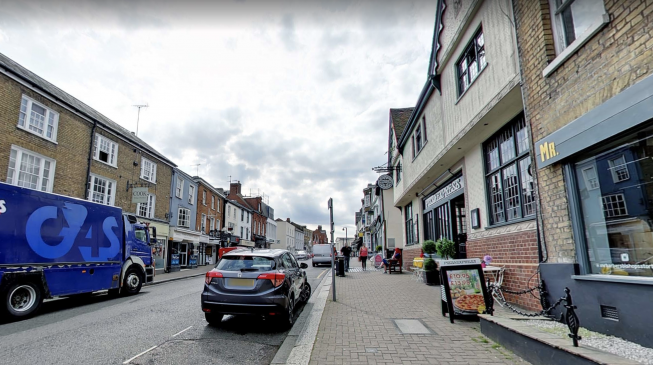 Paul Ogwuma, former governor of the Central Bank of Nigeria (CBN) and his wife have acquired property worth £33 million (N15.6 billion), a UK investigative journalism magazine has revealed.

According to the magazine, Private Eye, Ogwuma, who served as CBN governor for six years has “amassed a £33m British property empire”.

In its report titled “Abuja on Thames” the paper said it “has identified a network of 15 British companies owned or controlled by Anna Ogwuma,” wife of the governor, adding that her husband “looted his country under 1990s military dictatorship”.

“Paul Ogwuma, 86, was governor of the Central Bank of Nigeria during the brutal and kleptocratic rule of General Sani Abacha, when the bank was the latter’s personal piggy-bank. Some estimates suggest looting under Abacha ran to billions of dollars,” the report read.

“Under his successor for one year, retired general Abdulsalami Abubakar, Ogwuma oversaw a depletion in Nigeria’s foreign currency reserves of around $3bn, or 40%”.

“Between 2002 and 2017, her companies were used for 20 separate property purchases. They ranged from commercial sites in the north of England to luxury apartments in west London.

“Among them are townhouses in Kensington and Paddington, a couple of apartments in Mayfair, and premises in Bishop’s Stortford town centre that currently house a branch of Greggs.”

The report added that “although the Abacha era and its excesses are receding into history, banks that were often complicit at the time might be expected to know some of this history.

“Yet Mrs Ogwuma’s most valuable properties were either bought or remortgaged with loans from Barclays Bank (which handled $170m of Abacha’s ill-gotten wealth) and Lloyds Bank in the years after 2015.

“While times have moved on, so has the law on money laundering, and Mrs Ogwuma’s lavish property buying should have prompted questions about the origin of her money. The looting of Africa has a long legacy on the streets of Britain”.