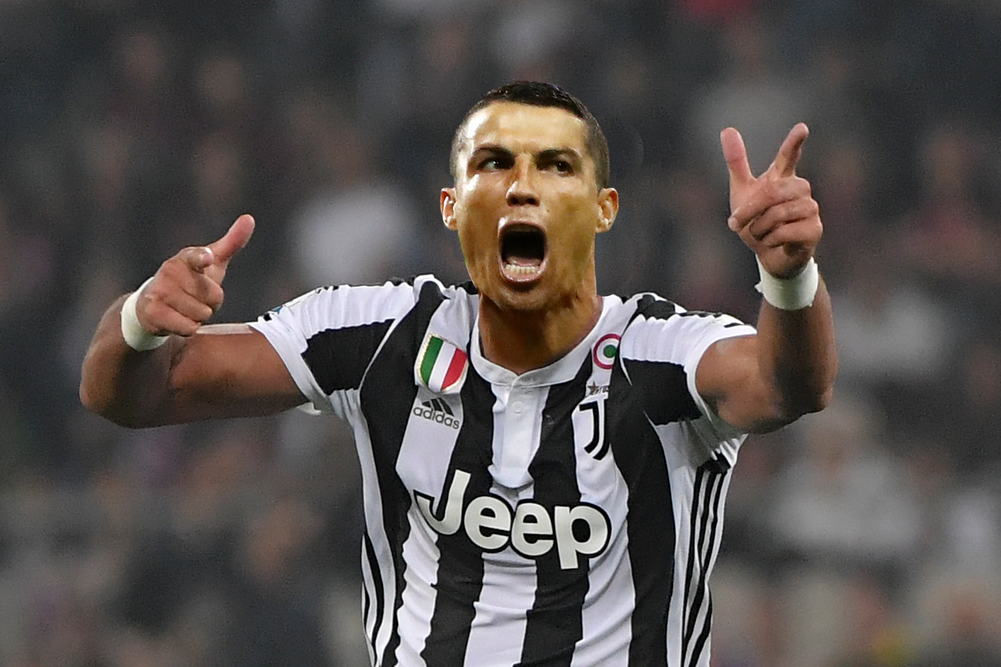 Cristiano Ronaldo’s hattrick for Juventus defeated Atletico 3-0 and pulled the Italian giants into the quarter finals of the Uefa Champions League.

The goals saw Ronaldo set multiple champions league records, including most hat-tricks, most goals, and knockouts in the history of the game.

On an European night in which Juventus needed their star man whom they forked out €99 million to buy from Real Madrid, it was he who stepped to the mantle to help Massimo Allegri’s men overturn the 0-2 first leg deficit.

The Old Ladies of Turin thought they’d made a dream start to the tie through captain, Giorgio Chiellini’s bundled goal, but the referee and VAR agreed, albeit wrongly, that Cristiano Ronaldo nudged the ball off the grasp of Atletico keeper, Jan Oblak.

The goal was chalked off despite the protests of the entire Juve team, spearheaded by Ronaldo.

The 34-year-old urged the fans to make more noise and the man known for his Champions League prowess eventually gave them something to shout about with a predatory goal.

The five-time Balloon d’Or winner stole in ahead of Diego Godin at the far post to direct Federico Bernardeschi’s cross beyond Oblak with a powerful header for his 122nd UCL goal and 23rd against Atletico.

Atletico should have equalized on the stroke of halftime but Morata directed his header wide, and Juve punished them shortly after the interval on their first attack.

Wing back, Joao Cancelo, who had a dreadful first half, produced a brilliant cross which Ronaldo, again, powered over the line to make it 2-0 on the night and bring the tie level at 2-2 on aggregate.

Juventus brought on more firepower in the form of Paulo Dybala and youngster, Moise Kean, and the latter’s shot went inches wide when freed by a superb Chiellini ball from deep.

The hattrick was completed by Ronaldo on 86 minutes from the penalty spot,  when Santiago Arias brought down the energetic and brilliant Bernardeschi.

The magnificent Ronaldo, with his son watching, blasted his kick to the bottom corner, sending Oblak the wrong way for the match winner.

Manchester City, in the other game of the night, blew past a dreadful Schalke 04 7-0 on the night to advance 10-2 on aggregate.