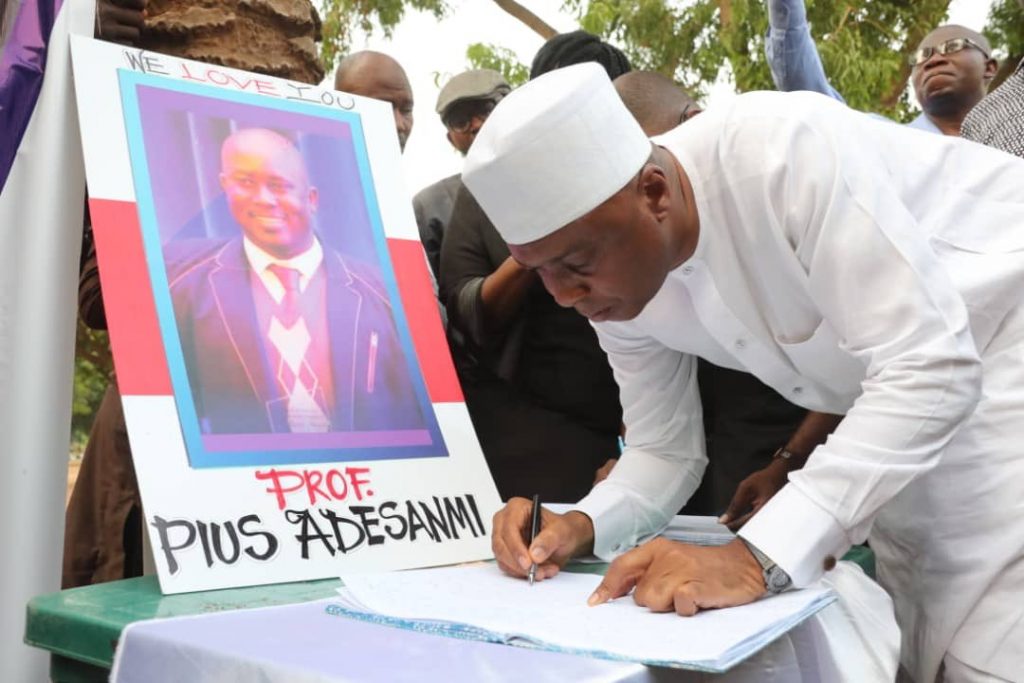 Adesanmi was among the passengers on the ill-fated Ethiopian Airlines flight that crashed on its way to Nairobi, Kenya, on Sunday.

All the 157 persons on board died in the accident.

At the Unity Fountain, different people, mostly clad in black and teary-eyed, recounted how the professor touched their lives in numerous ways.

Speaking at the event, Senate President Bukola Saraki said Adesanmi was not his enemy despite criticising him.

Describing Adesanmi as an ambassador of Nigeria, Saraki said the professor “did not die in vain.” 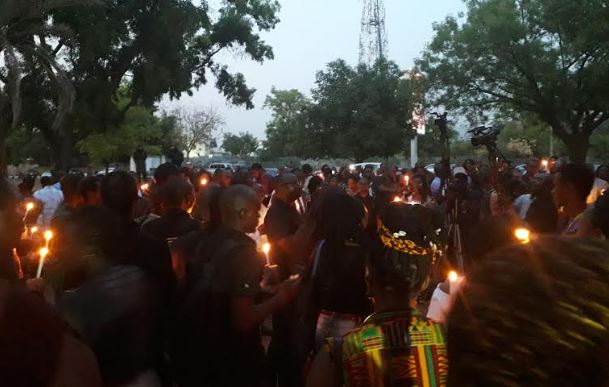 “As I was leaving my house somebody said, ‘Sir, do you know that he was very critical of you?’ I said we are not enemies, we share different views and we must appreciate his talent. He had his views, he had his thought about some of us,” he said.

“We can learn from some of those things and that is why I came here to join you and appreciate those that are good ambassadors of this country. His wife and his daughter, let them know that their father and husband did not die in vain. I’m here to give him that respect.”

Deji Adeyanju, convener of Concerned Nigerians, said Adesanmi was a patriot who ought to be celebrated.

“There is no greater patriot than a person who speaks the truth, we must celebrate Pius Adesanmi. I’m touched by this death and I prayer that his memory be blessed,” Adeyanju.

“We must take the lives of Nigerians more seriously than business.” 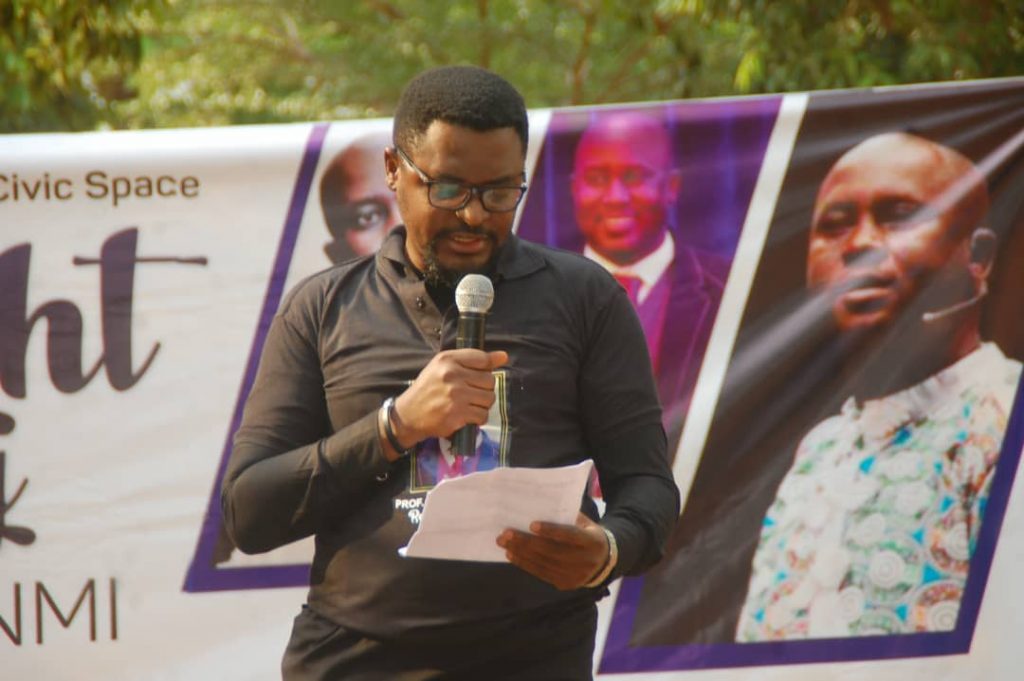 Dino Melaye, senator representing Kogi west, said the professor was one who spoke the truth “fearlessly.”

Melaye said one way to honour Adesanmi is to stand for the “truth he wrote.”

“He was a great Nigerian, one who spoke the truth fearlessly. He is gone but his works are here and the only way to appreciate this transparent ordinary Nigerian is to make sure that the truth is stood for,” the senator said.

“The truth he wrote about we will defend it. In an unjust society, silence becomes a crime.”

“You wrote your legacy in the sands of time. Archaeologists have work to do excavating the artefacts of truths you left sprawling everywhere on red earth. Rest on, Prof,” he said.

Aisha Yesufu, an activist, spoke on how they used to exchanged banters on social media.

After the speeches, a procession was held within the vicinity of the fountain.