Secondus: Under this dictatorship, there may not be elections in 2023 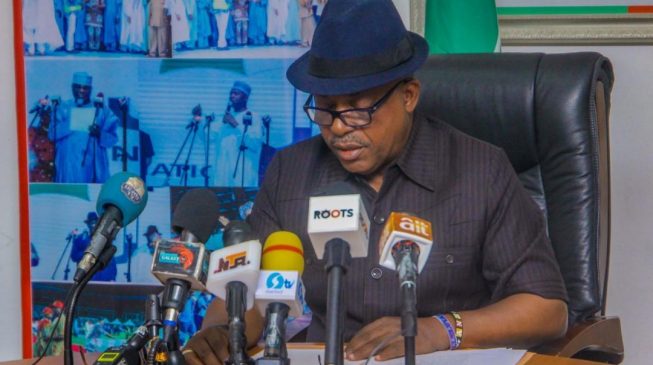 Speaking at the PDP expanded national caucus meeting in Abuja on Monday, Secondus accused the President Muhammdu Buhari administration of winning reelection “with the use of military force”.

He said “with the way things are”, new leaders may only be announced in 2023 without any election taking place.

He insisted that the PDP was “rigged out” of the presidential election, adding that the party had finalised plans to challenge the outcome in court.

“Never has it happened in the history of our country that INEC will be so compromised,” the PDP chairman said.

“What happened on the 23rd has never happened since independence. All Nigerians are aware and the leaders are not talking. If you don’t talk against evil, one day evil will pursue everyone.

“With things like this, in 2023 there may not be an election, it will be an announcement. It may be to put the figures together and announce.

“Our supporters and leaders are being arrested and the leaders of our country and peace committee are keeping quiet. What we have now is a full blown dictatorship.”

Secondus said the All Progressives Congress (APC) is “celebrating criminality” in the name of victory.

“They are celebrating rigging and manipulation and criminality and it will consume them one day,” he said.

“INEC chairman you may think all Is well, President Buhari you may also think all is well. People are clapping hands but history is being recorded. History will judge you.”