See the bridge of possibilities between Nigeria and China 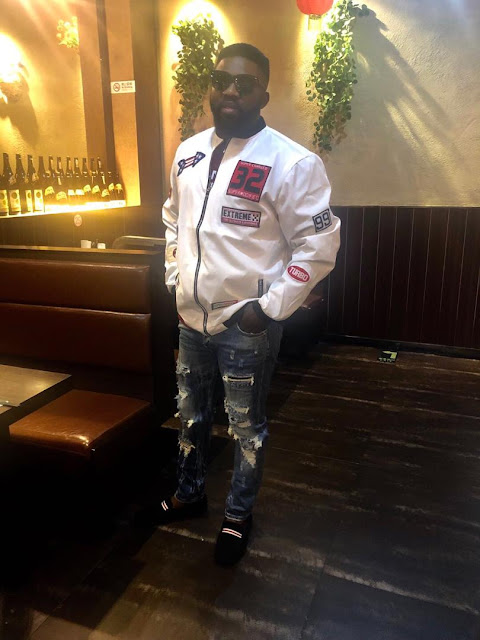 The secret to knowing much more than the beauty of a language is love—yes love, you must love a language in order to be able to best understand and then use it to communicate or express it properly let alone give love right back to the people of the language—with singing his marveling strength, music one of life's biggest possibility and the heart of entertainment his passion, Emmanuel Uwechue (who is propagating good things about Nigeria in the middle country) is using his love for the Chinese language to unearth its diverse beauty and the deepening of this love causes Hao Ge to be consistent in singing with his soul where this love is housed—and his two decades of hugely successful music adventure has made him a bridge of possibilities between the biggest black nation and the most populous country in the world respectively.

popularly known as Hao Ge, Emmanuel Uwechue is a Mandopop Singer in China, the first black man on a Chinese stage and has been a Chief music delight like no other ever since...not only in China let alone Asia but Chinese communities across the globe...Hao Ge's love for the Chinese language fuels his progressive use of it thus ensuring he evokes serenading sounds that soothes his expression through music not just for the Chinese, Asian continent or Chinese communities around the world but for anyone who knows and enjoys sweet music.

Knowing that we need a lot of love in the world, Hao Ge has used music to transfer that love to the Chinese people and he's sure not ever going to stop because he is in the know that music can not only bring people together under one roof but can make them co-exist together and enjoy the very beauty and love it gives—music has no borders and he has not only evidenced this with himself but with Nigeria’s music legends Sound Sultan and 2face Idibia, Faze, Victoria Kimani and American R&B singer, Sisqo who is known for his hit singles Unleash the Dragon, Thong Song and incomplete (He is the lead singer of R&B group Dru Hill) by bringing them to China to share his stage that he established with his positive portrayal of the country and this move is a feat to the Nigerian music industry owing to the fact that before then no Nigerian based act thought of such let alone doing it in the mainland China where Hao Ge glorifies Nigeria with his show of love for the Chinese audience through music his love. This move by Emmanuel Uwechue brewed the start of a Cultural exchange that will redefine the relationship of Nigeria and China (two great country with huge similarities) and bring a tremendous growth and an unlike anything else success to the Nigerian music industry and up the thrilling impact of Nigerian songs in Africa and beyond.