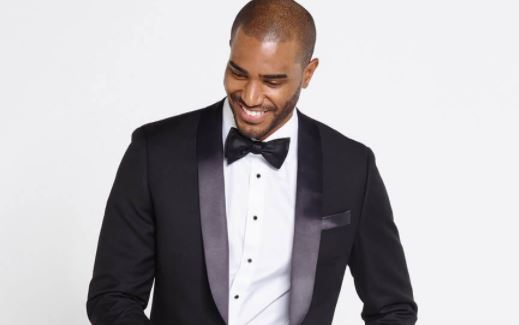 Suit wearing has − over the years − come to be regarded as a hallmark of professionalism such that hardly would you come across business associates that don’t observe the culture.

However, not many people pay close attention to some salient rules that govern the popular fashion choice, hence, leading to a number of embarrassing and cringe-worthy mistakes.

Here are seven note-worthy tips to appear classy and avoid the faux pas when rocking suits.

Men often make the mistake of fastening the last button of their suit jackets, even when it is meant to be unfastened. For a three-button jacket, the first and the second can be fastened while the last should be left unfastened.

Also when sitting, it is customary to unfasten all jacket buttons only to fasten then when you’re done sitting. Not doing so would make the jacket look weird.

While there are double vents; single vents; or ventless suit jackets, double vents are an ideal option especially considering that they make you feel more comfortable since the middle flap would be well positioned.

Note that leaving the vents stitched up the way you bought is a hilarious foul play that you don’t want to commit.

No matter how expensive the fabric of a suit might be, if it doesn’t fit, its simply a bad suit. It’s not uncommon to see a bunching of fabric between the shoulder of the suit and men’s natural shoulders.

Similarly, the fabric of the suit should fall along the natural contour of both arms without being too tight or loose. The sleeve length should also be such that half an inch of your shirt is revealed.

While the fabric of the pants should drape the leg contours without being too tight, the length of the pants could vary but shouldn’t be such that an extra layer of fabric is left resting on your shoes.

Although many people hold contrary opinions, flatly-ironed pants without pleats are more modern and simply looks good, giving you that touch of perfection.

Underneath the suit, you could either go for a t-shirt or a dress shirt. You could also attempt being more creative with your choices by going for slim-fit sweatshirts with extra fabric at the neck region during cold seasons.

Whichever it is for you, the colour combination is something you might want to pay attention to.

Generally, either the shirt or jacket should be darker for contrast, although the specific colour should be influenced by convention and personal taste.

Ensuring that your leathers: the belt, your wristwatch and your shoes are a match could sure make you appear classy. Your belt should be fairly slim and be of the same colour with your shoes.

You could also consider contrasting these with the colour of your suit to make you stand out.

Stuffing your pant pockets with your belongings while in suits such that they bulge out isn’t something you might want to do. You could get a holdall bag all those.

Make sure to swear a pocket square but ensure you keep other accessories to a minimum to avoid you looking unnecessarily flamboyant.