Shettima: Why Buhari polled over 800,000 votes in Borno 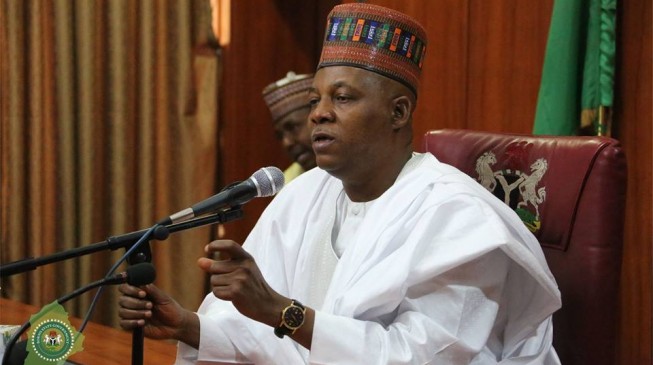 Kashim Shettima, governor of Borno, says the results of the February 23 presidential election from the state is not surprising.

Critics had questioned how President Muhammadu Buhari garnered 836,496 votes in the insurgency-torn state.

But speaking in a broadcast, Shetimma described the north-eastern state as a “Buhari territory”.

According to him, the state gave Buhari so many votes because APC members were able to mobilise people to go out and exercise their franchise.

He said he had thought that Borno would give Buhari more votes than Kano where he eventually polled 1,464,768 votes — the highest.

He added that Borno would repeat the same voting pattern during the March 9 gubernatorial poll.

“Borno is a Buhari territory from time immemorial. When I contested for the governorship, Buhari got over 90 percent of the votes in Borno, when he contested under the platform of the CPC,” Shettima said.

“In 2015, Buhari got the highest percentage of votes nationwide, not in Katsina, not in Kano, not in Sokoto. It was in Borno that Buhari got 97.3 percent. Candidate Jonathan got a paltry 2.7 percent in Borno. So it is nothing surprising that this time around, Buhari still garnered the highest quantum of votes in terms of percentage, in terms of differential, we are number three.

“Honestly, before we went to the polls, I was thinking we would beat Kano. It is not about the number of registered voters. We have 2.4 million registered voters. It is the ability to mobilise the mass of humanity to come and exercise their franchise.