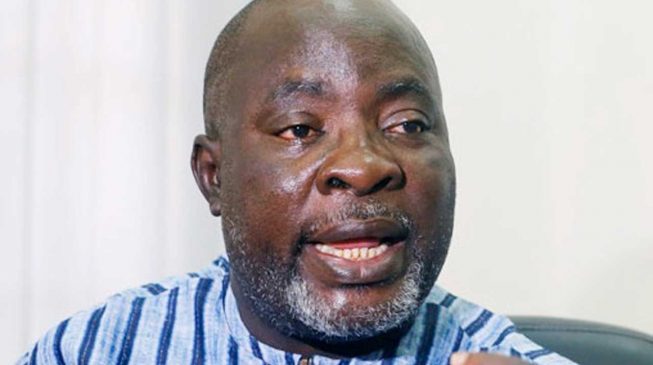 The Peoples Democratic Party (PDP) has warned the All Progressives Congress (APC) to steer clear of all PDP strongholds, especially the Niger Delta region during the March 9 elections.

The party also advised Vice-President Yemi Osinbajo and Adams Oshiomhole, national chairman of the APC,  to “perish thoughts of using thugs to muscle the Akwa-Ibom governorship and state assembly elections”, as the people have been fully rallied for a firm resistance on Saturday.

In a statement on Wednesday, the PDP said it’s position is based on the on-going heavy shipment of security forces and armed thugs into PDP strongholds, particularly, the Niger Delta region, with the view to suppress voters and manipulate the March 9 electoral process for the APC.

“Since the robbery of the PDP’s Presidential mandate, which Nigerians are determined to reclaim at the tribunal, the APC has been jittery over the escalated public support for the PDP not only to retain our states but also to ensure a sweeping victory for PDP in APC states across the country,” the party said.

“As a result, the APC is desperate to unleash violence in oil rich Akwa-Ibom, Rivers, Cross River, Delta, Bayelsa, Abia, as well as Benue, Taraba, Gombe, Sokoto, Enugu, Ebonyi, Kwara, but these states and all other strongholds of the PDP, spanning across our nation, remain impregnable.

“The PDP warns that Nigerians are still livid over the rigging of the February 23 Presidential election, which was clearly won by Atiku Abubakar.

“As such, any further attempt to test their collective will on March 9 is capable of sparking off a huge civil restiveness across our nation.”

The party said it has intelligence on various locations that the ruling party has “quartered thugs” ahead of Saturday’s election.

“We invite Nigerians to note how Osinbajo, on Tuesday, at a town hall meeting in Uyo, Akwa-Ibom state, boasted that he and Oshiomhole will ensure that the APC will never be defeated and how thugs, loaded in over 50 buses, who confessed to have been contracted by Oshiomhole, were later intercepted on their way from Edo state to Akwa-Ibom to cause mayhem during Saturday’s election,” it said.

“The PDP has full information on various secret locations in Akwa-Ibom state, including hotels and other camps, where the APC has quartered thugs ahead of Saturday’s election.

“We note that the police have refused to evacuate these thugs; but let it be known that the people of Akwa Ibom State will never allow them to operate.

“The PDP therefore cautions the APC as well as its compromised INEC and security officials to bear in mind that Akwa-Ibom and all Niger Delta states are incontrovertible PDP strongholds; that the APC do not have any genuine followership in these states and that anybody attempting or supporting any forceful takeover of any PDP stronghold should be aware that he or she is doing so at his or her own peril.”