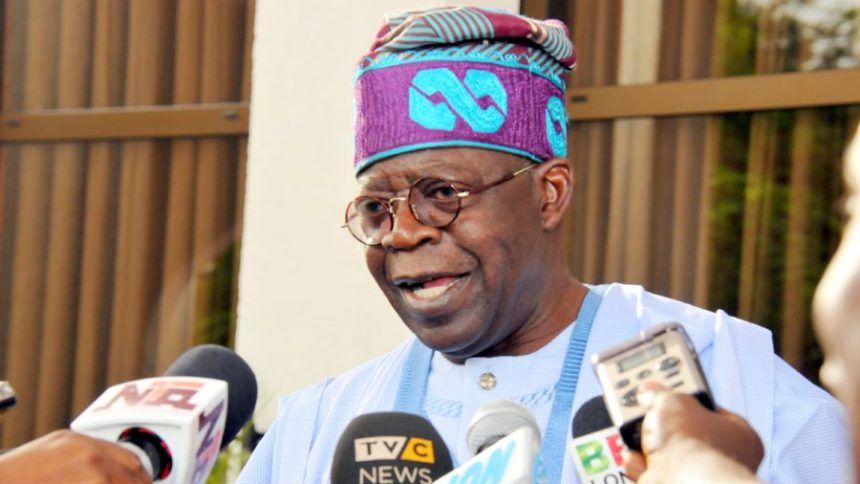 Bola Tinubu, a national leader of the All Progressives Congress (APC), says party discipline would be upheld in addressing the leadership tussle of the 9th national assembly.

Addressing journalists in Lagos on Friday, Tinubu said the party’s choice must be respected and whoever is against such should leave.

According to NAN, the APC leader warned against what the APC suffered in 2015 when some of its lawmakers connived with the Peoples Democratic Party (PDP) which was the minority, and elected those against the party’s choice as principal officers.

The ruling party is expected to produce the next principal officers after emerging majority in both chambers of the national assembly; it has 25 seats more than the PDP in the senate and is clearly ahead of PDP by 100 seats in the house of representatives.

The party already endorsed Ahmad Lawan and Femi Gbajabiamila as their preferred candidates for senate president and speaker respectively.

Tinubu said the party will not tolerate what happened in 2015, while adding that party discipline is key

He said: “We were a little careless in 2015. We created the opportunity for serpent to get into our party and that did not allow Nigeria to make the desired progress.

“It is either you stay with us or you follow us or you leave. You have the freedom to choose but the freedom does not give you as a minority to go and collaborate and protrude our mandate given to you to another party who was our opposition and who is still our opposition.

“We would not take that this time, no matter who you think you are. That is how it is built. Why do you want to deviate from what has been structured? We look at our reward system equally, zone by zone.”

He said the party had gone through a lot of processes and must remain as one against all odds.

He also recalled his journey as a politician, saying there were lots of struggles “but my concern is about people and the future of my country”.

According to him, “my mother stood by me when I told her then that I was joining politics. She told me to be ready to take all sorts of insults whenever they cross my way. May her soul rest in peace.

“The struggle was tough. It created a justice on June 12 election of MKO and some people deserted the camp, the struggle, the spirit. We have stayed with this struggle. We know democracy is not easy but it is the only system of government that we chose.

“Ever since, it has been a very fulfilling journey. There is always the twist and turns in politics. Today, we endure, we persevere, we think, adjust, collaborate, merged and became single party just like yesterday.”