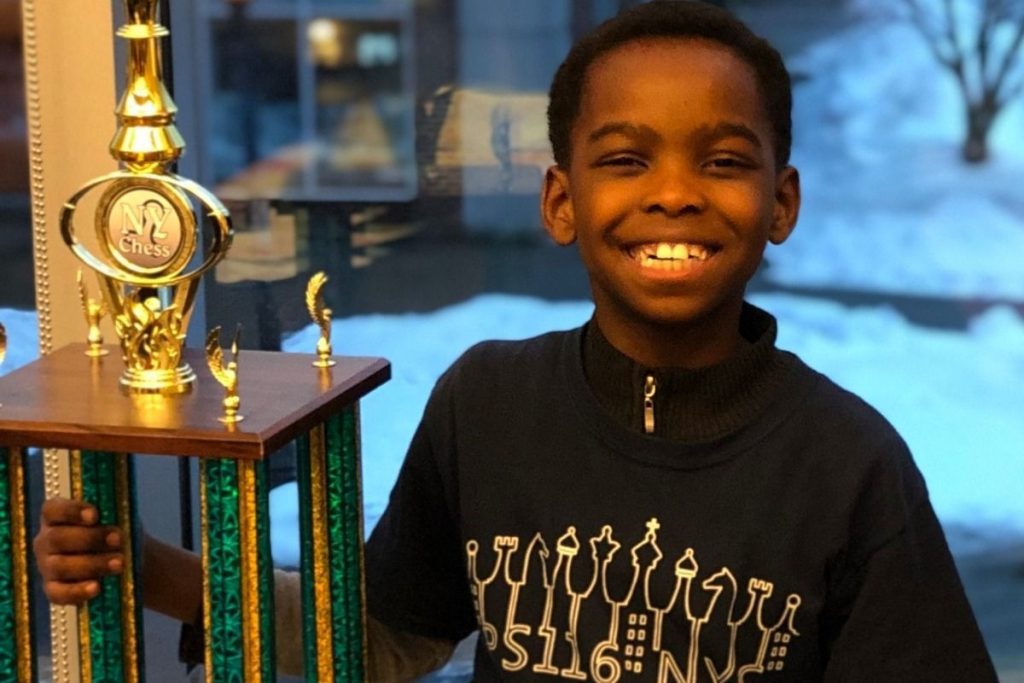 Tanitoluwa Adewumi, the eight-year-old Nigerian chess whizz who has become an internet sensation, has raised over $100,000 in just two days.

Over the weekend, New York Times columnist, Nicholas Kristof, wrote extensively about Adewunmi’s historic rise in Manhattan, and how he just won his category at the New York State chess championship.

Adewumi, whose family reportedly fled Nigeria because of the Boko Haram crisis, soon became an internet sensation in Nigeria, as the country began celebrating him via multiplatform media coverage.

According to Kristof, Tani’s family fled northern Nigeria in 2017, fearing attacks by Boko Haram terrorists on Christians such as themselves.

Kayode Adewumi, Tani’s father, says his son had told him that he “wants to be the youngest grandmaster”.

After Kristof piece on how Tani, as he is now fondly called, became a champion despite being homeless, readers from across the world had called the newspaper to help the young genius.

A GoFundMe account was set up by Russ Makofsky, who oversees the P.S. 116 chess programme, to help Tani raise $50,000 to “help Tani’s family secure a home where he can continue on his journey”.

The fund-raising is still on, and you can donate on GoFundMe, here.