Tension as armed gangs ‘go after children’ in Jos 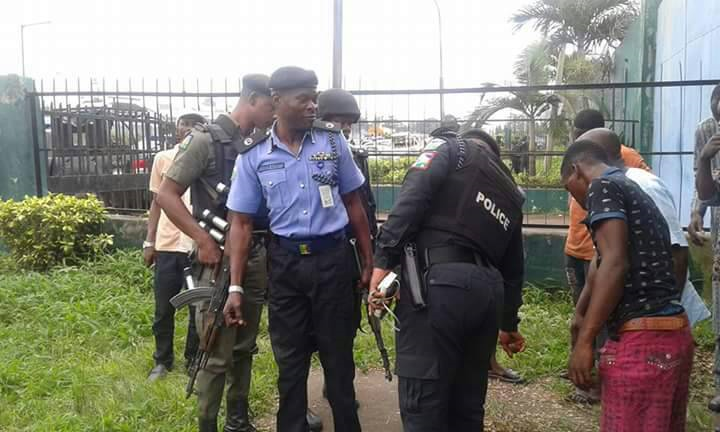 There have been new incidents of kidnapping in Jos, Plateau state capital, with the victims being children between the ages of two and 10 years.

In a series of tweets, Salkida said unlike Zamfara state where the abductions occur mostly in the rural communities, kids are being taken away in the capital city and security operatives can’t do anything to stop them.

“These incidents in Jos are right under the noses of the elite formations of the Armed Forces – Army, Air Force, Navy, Secret Service, Police and paramilitary arms in the metropolis,” he said.

“It is estimated that about 90% of the targeted victims are children, ages ranging from 2 to 10. It is feared that there might be a collusion between the kidnappers & the horde of security formations, jobless youths & vigilantes to keep the hapless population under constant distress.

“There is a reported incident of a 4yr old, Who was abducted in his sleep. Mostly, it is the middle income families that are targeted. A staff of a private firm with his wife and three kids were traumatized in the dead of night when 4 gunmen forced their way into their bedrooms.

“With barely 15, 000 Naira cash in the house, their 5 year old was instantly abducted, awaiting ransom. The distraught family ran to the Police in desperation, but the officers advised them to act wisely by heeding the instructions of the gunmen/kidnappers.”

Salkida said the family was only able to raise N500,000 ransom for release of their child.

He added that another family, invaded by the gunmen at 2am experienced the same trauma but with different details.

He said the woman, rather than have her children abdicated, submitted herself to the gunmen.

The woman walked for eight hours with the gunmen into the bush, and when the husband finally laid hold of the ransom about 12 hours later, he was instructed by the kidnappers on where to drop off the cash and where to pick up his wife.

Salkida said on the average, there are between three and four abduction cases in Jos each week, but many sources insist that the cases are understated believing that there are more cases of child abductions right in front of their parents in Jos than are admitted.

“The kids were usually seized in the absence of cash in the house. And the choice is usually death or abduction, the family chooses to let go of a child while they scrambled to raise money for ransom payments days later. The police have not been able to help the victims, so far.”

Frank Mba, police spokesman, said he was yet to be briefed on the development when contacted by TheCable.