Tinubu: What I use to influence elections 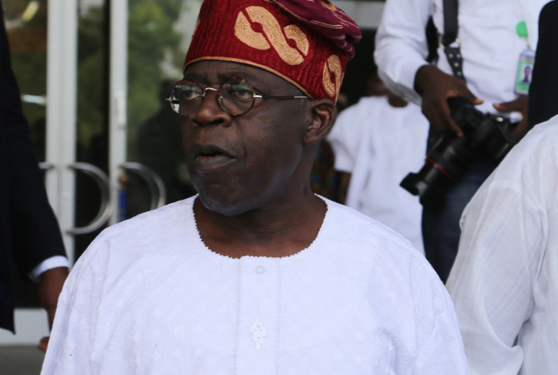 Bola Tinubu, national leader of the All Progressives Congress (APC), says his moral authority and skills as a veteran politician are his only tools for influencing elections.

He spoke while reacting to the allegation by a political group that he is planning to influence the governorship rerun election in Sokoto state.

The Sokoto State Coalition of PDP Supporters had accused Tinubu, Adams Oshiomhole, national chairman of the APC, and Abdulaziz Yari, Zamfara state governor, of meeting with Yakubu Mahmood, chairman of the Independent National Electoral Commission (INEC), to rig the election in the state in favour of the APC.

In a statement issued on his behalf by Tunde Rahman, his spokesman, the APC national leader said he has been at the forefront of the struggle for electoral reform and would do nothing to subvert democracy in the country.

“These allegations by a contrived PDP organ are desperate untruths without a basis in fact. But they are entirely in line with the delusional reactions of PDP to their loss in the presidential elections,” Tinubu said.

“A prominent member of that panel, Prof Attahiru Jega later became the INEC Chairman and was able to implement the far-reaching reforms that have enabled us to have the free and fair elections that we witnessed in 2015 and now in 2019.

“If I were such a prominent supporter of electoral reforms, why wilI I now be among those trying to subvert democracy?

“My only tools for influencing elections are my moral authority, my skills as a veteran politician, and dedication to campaigning and mobilising my own party members.”

Sokoto is one of the five states where supplementary election will hold on Saturday.