100 Years Later, India Awaits an Apology for a Massacre 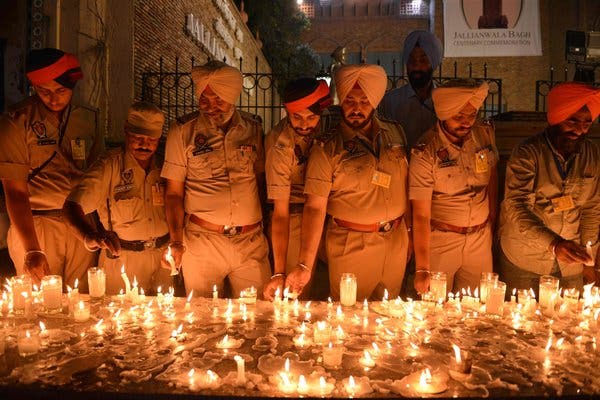 A commemoration in Amritsar, India, on Friday of the killings at Jallianwala Bagh 100 years ago.CreditCreditNarinder Nanu/Agence France-Presse — Getty Images

British leaders have always stopped short of making an apology for the bloodshed at Jallianwala Bagh, a walled garden in the northern Indian city of Amritsar where hundreds of people peacefully protesting colonial rule were shot dead on the orders of a British general.

And on Saturday, the 100th anniversary of the massacre, Britain did not succumb to mounting pressure to finally atone for one of the darkest days in centuries of colonial rule.

In Amritsar, Indian officials draped a stone memorial with flowers. Crowds lit candles. Britain’s high commissioner to India, Dominic Asquith, wrote in a guestbook what has been said before: “We deeply regret what happened and the suffering caused.”


A gaggle of reporters met him. An apology did not follow.
“I would like to rewrite history, but you can’t,” he told them. “What you can do, as has been said, is to learn the lessons of history.” 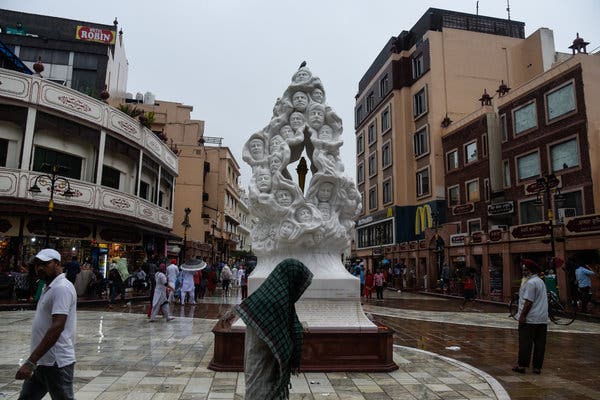 A monument in Amritsar to those killed at Jallianwala Bagh.CreditSaumya Khandelwal for The New York Times

The 1919 massacre is a key moment in the history of India’s independence movement, helping to consolidate support for the push away from British rule.

On the day of the massacre, thousands of people gathered at Jallianwala Bagh in defiance of a ban on public assemblies imposed by the British in Punjab region, and to protest the arrest of two nationalist leaders. A month earlier, the British had passed the Rowlatt Act, a law that suspended civil liberties and allowed for the trial of political prisoners without a jury.

He ordered around 50 troops to fire on the unarmed crowd, some of whom were there to celebrate a religious holiday. As many as 1,000 people were killed.

Thousands of miles away, British officials were formulating a response. More than a year later, Winston Churchill condemned the massacre, but tempered his outrage by framing it as “an event which stands in singular and sinister isolation.”

General Dyer defended his actions, writing in a letter that he had attacked the crowd because they gathered “in open rebellion against the crown.” Mr. Churchill expressed some sympathy for General Dyer, highlighting the “danger to Europeans throughout that province” during an address in Parliament.

When General Dyer returned to Britain, his supporters gave him a jeweled sword with the inscription, “Saviour of the Punjab.” He never went to jail.


Nearly three decades later, India broke free from British rule with the violent partition of the subcontinent in 1947. But the lack of a formal apology remained an open wound throughout the decades.

In 1997, Queen Elizabeth paid 30 seconds of silent homage at Jallianwala Bagh, removing her shoes and laying marigolds at a pink granite memorial.

At a banquet, she called the massacre a “distressing example” of “difficult episodes in our past,” but stopped there. An Indian newspaper, The Hindu, said there was a “whiff of the Raj” in the whole affair.


In 2013, some thought Prime Minister David Cameron might apologize during a visit to Amritsar. He, too, laid a wreath at Jallianwala Bagh and called the event “deeply shameful.” 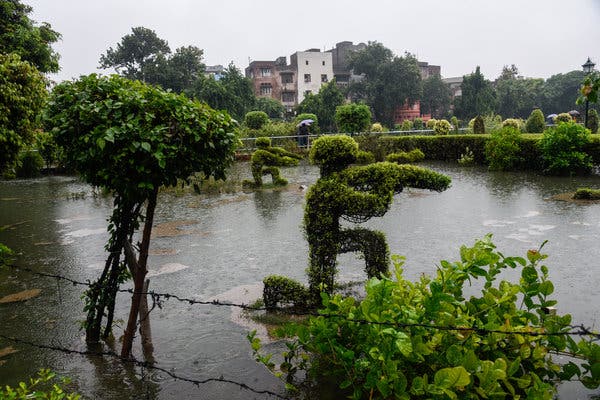 Bushes shaped as soldiers at Jallianwala Bagh.CreditSaumya Khandelwal for The New York Times

Later, he clarified: “I don’t think the right thing is to reach back into history and to seek out things that we should apologize for.”

The movement for a firmer statement persisted. In February, British lawmakers held the first full parliamentary debate on the massacre since 1920. Several urged an apology, arguing that it was an important step toward healing.


At the beginning of the week, it appeared they might prevail. On Tuesday, Parliament once again debated the merits of an apology to observe the centenary.

“I feel that we perhaps need to go further,” said Mark Field, the foreign office minister.
But on Wednesday, Prime Minister Theresa May made only a short statement in the House of Commons that echoed past sentiments.

“We deeply regret what happened and the suffering caused,” she said, adding that the current relationship between India and the United Kingdom was one of “collaboration, partnership, prosperity and security.” 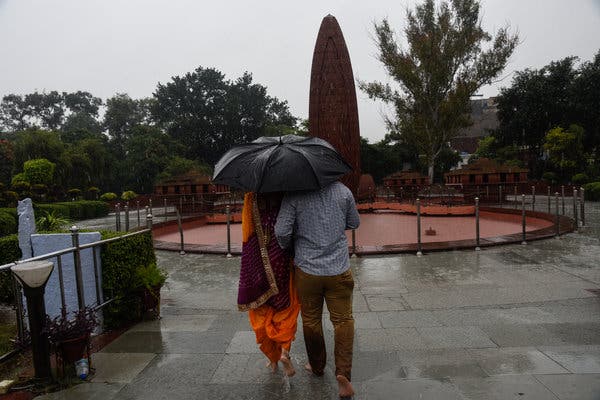 Queen Elizabeth once called the massacre “distressing,” a characterization that many saw as sorely lacking.CreditSaumya Khandelwal for The New York Times

Mrs. May’s words were quickly parsed in India. In an editorial, Navtej Sarna, a former diplomat involved in commemorating the massacre, criticized the statement’s “passiveness” and “blandness.”

“There is no hint of agency here,” he wrote for The Hindu. “This could well be the statement of any observer and not of inheritors of the empire that committed the atrocity.”

Some lawmakers underlined the possible complications of an apology. On Tuesday, Mr. Field said the government should consider the “financial implications” of making one. But many who support a fuller reckoning said they were not interested in reparations, noting that survivors of the massacre have all died.

In a recent interview, Lord Meghnad Desai, one of the British lawmakers who pushed for an apology, said hesitation for a fuller reckoning was linked to the fear of opening a floodgate. If one colonial-era atrocity were atoned for, he said, calls to do so for other instances of exploitation and violence could follow.

Apology or not, Amritsar has not forgotten. This past week, a group ralliedoutside General Dyer’s former residence and led a procession to the massacre site.

On a recent visit to Jallianwala Bagh, visitors peered down the “martyrs’ well,” where people jumped to their deaths to avoid gunfire, and photographed a brick archway pocked by bullets.

“One thousand six hundred and fifty rounds were fired,” read one sign.