Ajimobi and story of last-minute heists at Oyo government house 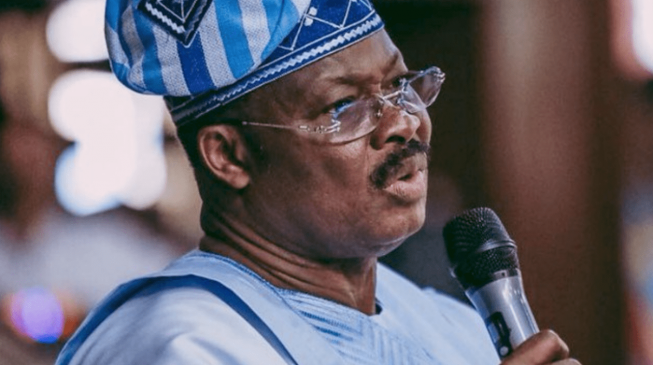 
I have taken time to ponder on the raging inferno of claims by the All Progressives Congress (APC) at the presidential election petition tribunal that former Vice President and People’s Democratic Party (PDP) presidential candidate, Alhaji Atiku Abubakar, is a Cameroonian. This claim is said to be premised on allegations that his Jada, Adamawa State, hometown belonged/belongs to Cameroon. Proceedings for a judicial establishment of the veracity or otherwise of this claim are ongoing.
While this judicial process is ongoing however, there are very germane issues that have been raised by this sudden discovery of the ‘true’ nationality of Abubakar. One is that, it raises posers on the alertness and by that very fact, the sensibility of the Nigerian state. Abubakar has been a serial presidential candidate and aspirant in Nigeria for about 26 years now, having begun this pursuit in the Social Democratic Party (SDP) in 1993. He was Vice President of Nigeria for eight years and had earlier risen to the height of office at the Customs. Never, until now, did the Nigerian state “discover” this “abnormality” of the potential helmsman of this country being superintended over by an alien.
If the Nigerian state is this lax, incorrigible and grossly irresponsible as to have given room for this potential monumental failure of authority, you then should wonder what is or what has been the fate of the country in the hands of other foreign nationals who strut about in Nigeria. It also makes it necessary to ask how many of those elected, selected or appointed public office holders with huge babanriga who stomp about the seat of power are actually Nigerians? You will recall the Mamman Shugaba’s case in the Second Republic.
Today, there are thousands of foreign nationals who daily infiltrate the system without let, and the system is not blowing any vuvuzela. More importantly, this claim of Atiku’s ancestry is a politically motivated and an apparent ill wind that will, in the first instance, raise a red flag against any northern functionary in high places, especially those living on the fringe states, of the possibility of their not being Nigerians.
Come to think of it, aftermath this claim by his party, what gives us the impression that that misguided fellow, Nnamdi Kanu, might not be right after all when he strung a Sudanese genealogy round the neck of President Muhammadu Buhari? This is the impending tragedy in the “revelation” of a “discovery” of Atiku’s “real identity” by a political party which could once have fielded him for the Nigerian presidency. The joke is actually on the APC which thinks it is having a political advantage in this claim against Abubakar. But for politics and its expediency, Atiku the foreigner, according to APC, would still be clinking wine glass with them all, as they discussed the fate of Nigeria over cognac.

This article was first published on TheCable.