Algerian president agrees to step down 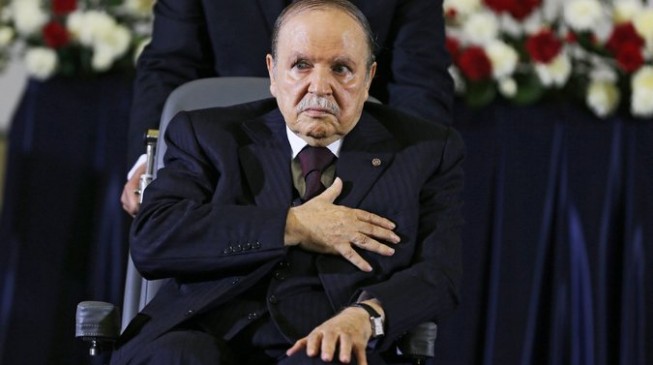 Algerian President Abdelaziz Bouteflika will step down before his mandate ends on April 28, his office said in a broadcast on Monday.

The announcement came a day after Bouteflika’s office announced the formation of a new cabinet of 27 ministers headed by the recently appointed Prime Minister Noureddine Bedoui.

The new cabinet includes six members of the former cabinet.

“The president will take steps to ensure state institutions continue to function during the transition period,” the statement read.

Ahmed Salah, Algeria’s chief of army staff, had demanded Bouteflika be declared unfit to rule after weeks of protests against him.

The army chief urged an immediate adoption of the country’s Article 102, which allows for a president to vacate office if declared unfit.

“We must find a way out of this crisis immediately, within the constitutional framework,”  he had said in a speech on television.

However, Salah remained as army chief of staff and deputy defence minister in the new government.

Bouteflika, who got to power in 1999, dropped his reelection ambition following a wave of protest.

He has rarely been seen in public since he had a stroke in 2013.

Thousands of Algerians took to the streets, with protests centering on the departure of Bouteflika and radical change to the political system in the country.

But reacting to the announcement of the new caretaker government, hundreds of demonstrators took to the streets again earlier on Monday, with protesters describing the new cabinet as “a blow to peoples’ demands.”

The opposition Labour Party also described the new cabinet as a new face for an old government.

“It is unclear on what basis these figures were chosen,” the party said in a statement.

The party said “the so-called new government” aims to ensure “the continuity of the regime and the repressive presidential system rejected by the overwhelming majority.”