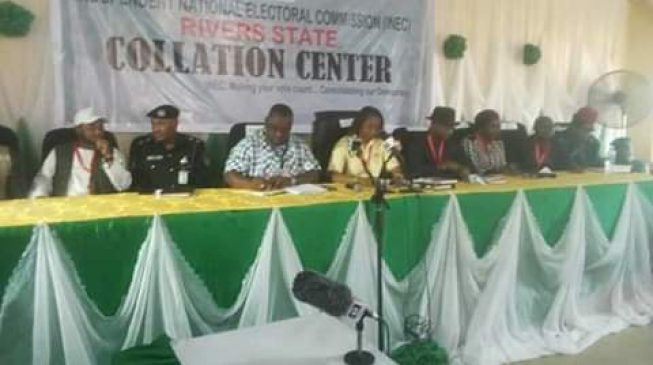 The Independent National Electoral Commission (INEC) has resumed collation of results for the governorship poll in Rivers state.

On March 10, INEC had suspended all electoral processes in the state as a result of violence and widespread disruption of collation of results.

So far, results from about three local government areas have been announced at the collation centre in Port Harcourt.

The AAC candidate is being backed by Amaechi. On the eve of the March 9 gubernatorial election, Amaechi had directed his supporters to vote for Biokpomabo.

Earlier, an Abuja high court dismissed a suit filed by the AAC seeking to stop INEC from collating the results. Inyang Ekwo, the judge, held that since the case was related to election, it was appropriate for the plaintiffs to take their case before an election tribunal.