APC: Our members free to consult opposition over n’assembly leadership 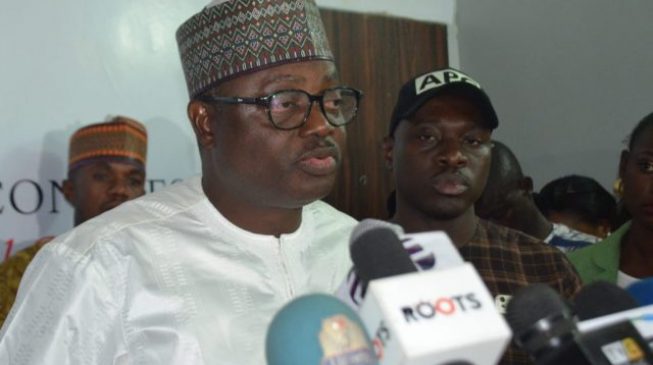 The All Progressives Congress (APC) says it has no objection to consultations of its members with opposition over the national assembly leadership.

Reacting to some reports that it is against its members consulting with the opposition over leadership of the ninth assembly, Lanre Issa-Onilu, APC publicity secretary, said it is normal democratic process “to stretch hands across the divides.”

“Let me state that our party has no objection to such consultations,” he said.

“APC has comfortable majority in both chambers, therefore; we have the number to produce the leadership.

“But democracy recognises the importance of the opposition. Especially when you do not have two-third which would be required at some very critical situations. For us as a ruling party, we understand that a stable and peaceful National Assembly would enhance our capacity to deliver more for the people of Nigeria.

“So the party is not averse to negotiation by Senator Ahmed Lawan and our other senators-elect working to fulfil the position taken by our party.

“It is important to note that one of the key considerations for adopting him as the party’s candidate for the Senate Presidency is his ability to carry everyone along.

“On top of that, the party has confidence in him not to compromise the progressive ideology of APC. So clearly, Senator Ahmed Lawan is capable of conducting his negotiations within the prism of APC’s objectives.”

Issa-Onilu said the party would soon release zoning arrangements for the principal positions of the incoming assembly.

“The party will also make its position clear in the coming days on the principal positions in the house of representatives,” he said.