BENINS WERE THE FIRST EDUCATED NIGERIANS 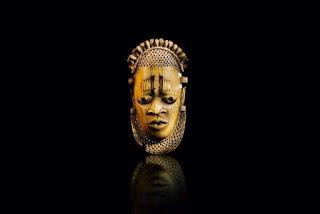 Dr. Samuel Okafor, the Igbo scholar In an article made available to News Express yesterday, Okafor responds to critics of his claims and sets the records straight on great Nigerians, mainly of the past, from various parts of the country. He also explains his motive and suggests the way forward in Igbo-Yoruba relations. Please read on:I had earlier made a submission stating that the Binis were the first to be exposed to Western education. This very position which I presented was not well received by a lot of my Yoruba brothers who have gone to great lengths to discredit this true historical fact.

Some have even resorted to outright fabrication of history. They have based their own position on sentiments which have no bearing to known historical research. I have thus decided to provide further historical evidences to further substantiate my previous position, because the very essence of historical research is not to belittle any ethnic nationality but to provide a deeper understanding of our history with a view of correcting some wrong pre-conceived notions held or being propagated by some ethnic nationalities.
In historical research, when one disagrees with another position, that person must provide an alternative and completing evidence to the contrary, and also provide references that can be crosschecked for accuracy. My Yoruba brothers have failed to provide the much required evidence. They have simply stated an alternative position without showing that indeed their position on the balance of historical evidence is the one to adopt. This, as one of my great professors, Adiele Afigbo, would put it, is the lazy historical approach to historical research. I would now provide incontrovertible evidence that the Binis were the first to be exposed to Western education.

THE BINIS WERE THE FIRST NIGERIANS EXPOSED TO WESTERN EDUCATION

I would ask that readers google the name, Ohen Okun. Ohen Okun from historical records held in both Benin archives and in the annals of Portuguese history was the Olokun priest of the port town of Ughoton Benin. Oba Esigie the Great, who reigned from 1504 to 1549, sent the Ohen Okun to Portugal as the Ambassador of Benin to the Portuguese Court. While in Portugal, the Portuguese Affonso D. Aveiro remained in Benin as the Portuguese envoy. Ohen Okun was treated with respect while in Portugal. He later returned to Benin and is described as the first known Diplomat of Nigerian origin to Europe.

A BINI MAN WAS THE FIRST NIGERIAN GRADUATE

Let us go further; who was the first known Nigerian graduate? As this issue has generated so much controversy, it is important that I deal with it comprehensively and provide a clear evidence to substantiate my research. Readers, again kindly google the name Olu Atuwatse (Dom Domingo). Olu Atuwatse was the crown prince of the Bini Empire who was sent to Portugal in 1601 for advanced studies by his father, the then reigning Oba. He graduated from the University of Coimbra in 1611. He was the first Nigerian to obtain a European university degree. He later married the daughter of a Portuguese noble, Dona Feirs. Their son Antonio Domingo referred to in Benin history as the Golden Skinned King succeeded him to the throne in 1643.

Antonio Domingo, a Christian who wanted to spread Christianity throughout the Empire, wrote the Pope in 1652 asking for Missionary assistance. This is the oldest letter written in Nigeria. I think this lays to rest which ethnic nationality produced the first educated Nigerians. If required, I would provide other historical research to substantiate my position further. I ask my Yoruba brothers to provide the same.