Blood-thirsty demons of Zamfara (I): The 77-year-old who buried his children in one day 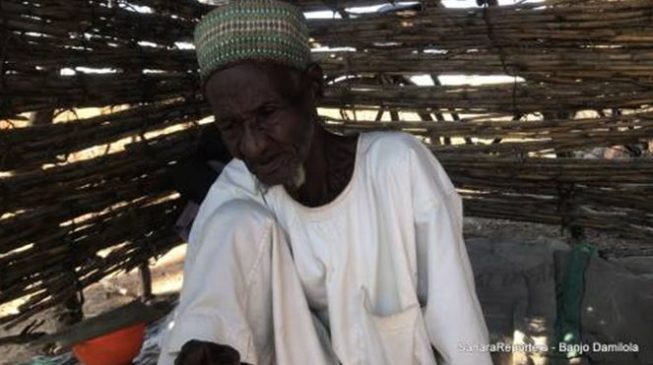 Seventy-seven-year-old Risqua Mohammed buried his two sons on the same day. It was a hot afternoon of January 26, 2019. The graves of the two brothers were still fresh, just as the dampness caused by their blood on the brown soil of Bambara Village. The damp patches of their blood were traceable on the front yard of the family house.

Usman, 35, and his elder brother, Umaru, 37, had just had dinner in the same open space that would become soggy with their blood. In fact, on the night of their murder, Usman’s wife said they had all sat on their mats, in the exact place, telling family jokes as they ate dinner. The Mohammeds was — until January 25 — a happy family.

When the dusk descended, giving way to the cool breeze of the night and cover for the blood thirsty demons. The large family went into their different huts to retire for the day and rest their weary limbs. Usman and Umar went into their bedrooms with their wives, but their harmonious sleep was interrupted. What could have been a good night rest suddenly became a nightmare. Risqua said it was the worst night of his close to eight decades of existence. 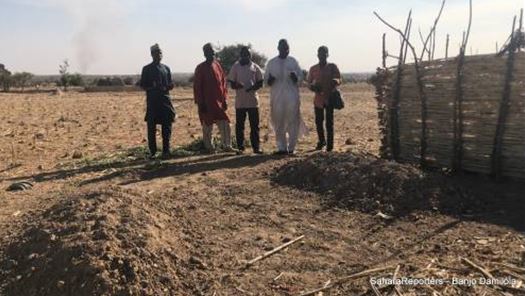 People praying at the grave of Usman and Umaru

Wailing from children and women in Mohammeds’ household rent the air. The two brothers were dragged out of their various bed chambers, and slaughtered right in the presence of their 77-year-old father, their wives and the entire family members.

“Those are the only children I have. The bandits came around 3am and killed my sons. They dragged them from their rooms and killed them. I am ill, old and blind, now I lost my children,” the septuagenarian said, unable to conceal his grief.

Fatima, Umar’s wife, was lying beside her husband when the bandits got into their village. “I heard a sound then I came out,” the widow narrated. “One of the bandits hit me with a stick and sent me back inside. They dragged my husband and slaughtered him with a cutlass.” 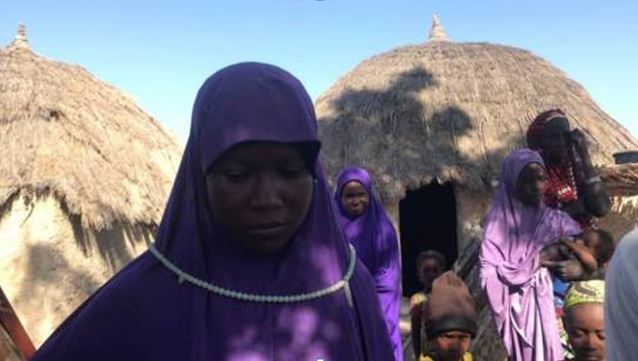 Banbara village, a small settlement on the fringe of Anka local government area, in Zamfara State, had suffered attacks from Bandit, forcing many of its residents to abandon their residents. The village is completely deserted. The few families left were packing their belongings at the time this reporter visited in January. They all had lost something; either family members or valuables.

Who are these bandits?

The majority of the residents in Zamfara State also believe that the indiscriminate attacks that have killed thousands and rendered many more homeless are carried out by men who target Hausa families in various communities. This is false or at best partially true. The day the bandits killed Usman and Umaru, who are Fulani, they left their two Hausa wives unharmed. Many Fulani have been victims of these blood-thirsty demons ravaging the state.

Alhaji Umaru, namesake of one of Risqua’s killed son, and Hajia Mairi Mohammadu Bello are hardworking Fulani cattle herders who have lost their livelihood to the banditry in the state.

Ibrahima, Umaru’s son, had set out with his father’s 200 herd of cattle in search of fresh and edible grass. One day in November of 2018, Umaru did not go out with his son. He was slightly ill and decided to take a day off to rest. Leaving the cows with Ibrahima was not a tough decision. He has confidence in his son’s ability to shepherd the cows, as it was not the first time he would leave them in care of 24-year-old Ibrahima.

But on that very day in November, Ibrahima’s friend, who had joined in on the day’s activities, ran to inform Umaru that his cows had been seized and his only son held hostage by bandits. 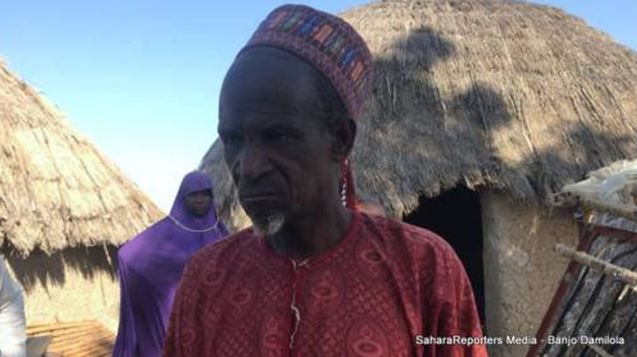 “The boy came running to me that they have collected my 200 cows and taken my son with them,” say Umaru, remembering the day he last saw his Kine.

Umaru got off his bed rest and rushed to the spot Ibarahima’s friend claimed bandits had intercepted them but they were gone. Setting out into the bush in trail of his son and life investment would be foolish. He could be kidnapped or worse, killed. So, Umaru decided against his urge to follow the footprints of his cows.

“I went back to the village,” he said. “I know they will send message for ransom. That is the way they do. They used to call to tell us what they wanted to collect.”

Indeed, at sundown, Umaru received august visitors. Four of the bandits brought the message to his doorstep; N4.4 million was demanded in ransom. Ibrahima was released after his father coughed up the humongous ransom but they never got back the cows.

“That was my entire life. I don’t have anything again,” Umaru wailed, his sadness veiled behind his emotionless face.

For, Mairi Mohammadu, an old woman, her loss was one too many. She, just like Umaru, used to own over 200 cows. When the going was good for Hajia Mairi, she was planning on going on holy pilgrimage to Mecca with her eldest son, but the bandit struck her herd and dashed her hope of ever going on hajj. 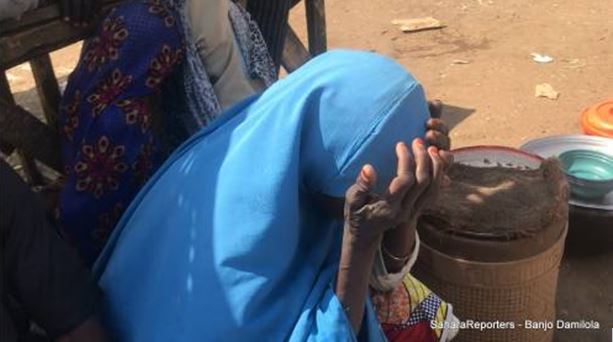 As the slender Fulani woman, recounted her loss, she fought back tears welling up in her eyes. She had lost too much and for no good reason. Her current business is a reminder of what she used to have and reason she had not healed four years after the grim loss she suffered.

In the good days, Mairi had workers who milked her cows and sold the milk to fura de nunu traders. “Now I sell fura de nunu because that is what I have to feed myself. Sometimes, I don’t have money to buy the milk. This is what I used to have in abundance,” she said in Fulani dialect of the Hausa language, tears escaping her eyes and rolling down her cheeks.

Mairi could not fully tell her story, but her emotions said much more than words probably could. She stopped talking midway. The pain was still very excruciating. Her two sons who used to tend to the cows had gone to other states in search of greener pasture in a sane and safe environment. She lives all by herself in Unguwar Gwaza, with a constant reminder of her loss and the niggling regret of what she got close to getting.

These are herders who have suffered huge loses contrary to the popular belief among many residents in Zamfara, that the bandits only attack the Hausa. A security expert, Ona Ekhomu believes the ongoing crisis is an invasion by armed foreign militia, with no ethic colouration.

“The crisis in the northeast is an armed militia invasion of the country,” Ekhomu reasoned. “Unfortunately, the authorities are not able to early understand the problem. The authorities are still in denial that these people are in here, and they are encamped in the bushes, and they are killing people at will but they do not want to believe that.”

However, regardless of the nomenclature given these ruthless killers, their mission is clear. They have come to steal, to kill, and to destroy. All the residents of Zamfara — including the Fulani and the Hausa — are their targets. 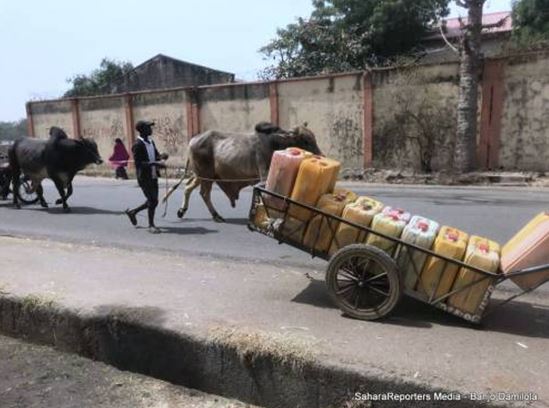 Na Hatsi, a frail-looking farmer, is one of the 500 displaced victims living in the abandoned government quarters in Maradu Local Government. Na Hatsi lived a happy life with his family in Mallamawa, one of the deserted villages in Zamfara. He was a farmer and proud father of three children. But all that changed in 2017, when Hatsi’s three young children were slaughtered in his living room. 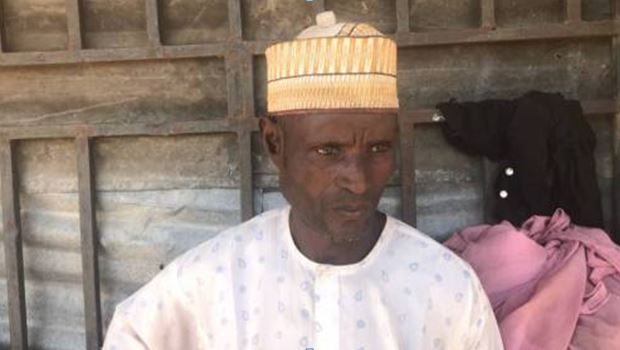 Mallamawa is one of the abandoned communities under Maradu LGA. A military source said the village and few others close to the base of the bandits have fallen under the control of these armed militia. In November 2017, which was the last time any media reportage came out of Mallamawa, bandits surrounded the village and neighboring ones, torched houses, blocked all escape routes and killed who ever tried to escape.

When the bandits took hostage of Mallamawa, they taxed the farmers before they were allowed to cultivate their own farmlands.

“The bandits started by taxing us” recalled Muhammadu Bello, a displaced indigene of Mallamawa. “They would target the rich people in the village and kidnap them, then ask for ransom. If they fail to pay on time, they kill them and use them as warning for others.

“For two years, they collected tax from us. They told us we could not farm except we paid them. They collected N100, 000 per village. Sometimes, they came into the village, took our animals and went with them. These are some of the animals we use on the farm. If they asked for ransom and you did not give them, they killed you.”

Hatsi defaulted on his payment on two occasions. By his narration, the murder of his three children was the consequence of his perceived rebellion. “I could not pay like twice,” he said. “I don’t know how they knew because we used to pay the money to our leader. But I am sure it was the bandits who killed my children. Their mother met them dead and rushed to call me.”

Haiti has accepted the untimely death of his children as his fate but he wants the government to put an end to the killings and rampage across the state. 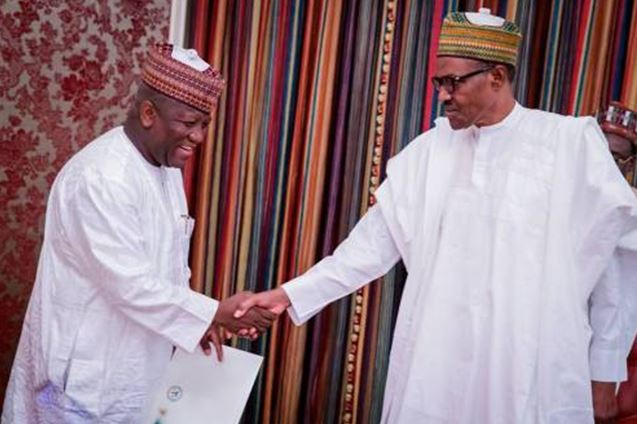 Hatsi’s plea carries no prospect. AbdulAziz Yari, the Governor of Zamfara State, has long said he lacks the wherewithal to defeat the blood-thirty demons killing his people. Yari said he has no control of the security apparatus in the state, hence cannot effectively deliver his responsibility as the Chief Security Officer (CSO).

On the other hand, the President Mohammadu Buhari-led Federal Government has paid only lip service to the crisis in the state.  The President has done no more than announcement of military deployments, which sources in the army said are exaggerated.

“We have never had the exact number of deployments you hear in the media because it is not possible. If we do, it means soldiers would be pulled from other war zone… It is all PR.” This was the assessment of a senior soldier faced with the herculean task of crushing these bandits — a mission that seems almost impossible.