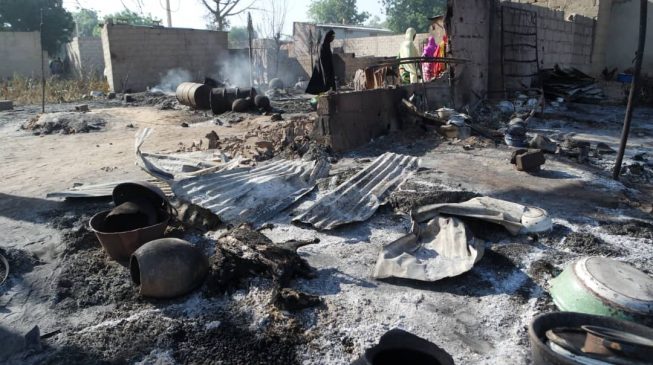 The attack comes three days after the insurgents burnt houses in Gatamwarwaward, Chibok.

“They came in through Sambisa forest at about 7pm and they have been setting the village on fire,” a Chibok resident told TheCable.

Kaumutiyahi is at least 13 kilometres away from Chibok.

A military source told TheCable that the Nigeria’s army 117 battalion stationed in Chibok were getting set to move into Kaumutiyahi.

“There is actually a company of army about 6 kilometres from the village under attack, but they would need the support of the larger battalion,” the source said.

“They looted and burnt everything we have. We don’t have what to eat and we don’t have where to sleep,” one of the victims had told TheCable.

In November, Abubakar Elkanemi, shehu of Borno, had said the people of the state were still under Boko Haram siege.

As of the time this report was filed, Sagir Musa, army spokesman, had not responded to to TheCable’s message seeking information on the recent attack.

Editor’s note: This picture was used for illustrative purposes