CAN seeks religious balance in key positions of 9th n’assembly 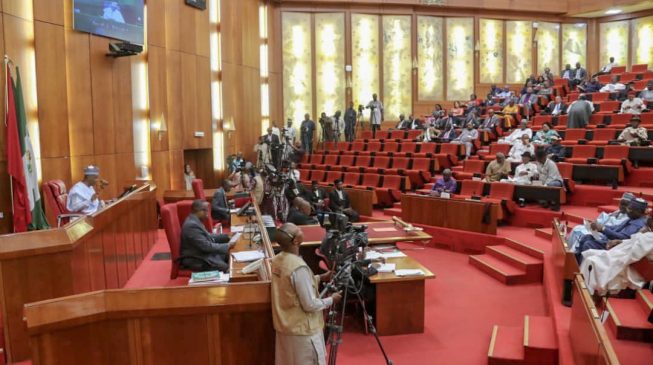 The Christian Association of Nigeria (CAN) has called on the leadership of the national assembly to elect a Christian as the senate president or speaker of the house of representatives in the interest of equity.

In a statement by Adebayo Oladeji, special assistant, media and communications to Samson Ayokunle, CAN president, the association said doing this will remove “any apprehension and suspicion harboured towards the leadership of this country.”

While noting that the president and the acting chief justice of Nigeria (CJN) are Muslims, CAN said Christians are equally capable of functioning effectively in key positions of government.

“As you prepare for your inauguration, CAN urges you to balance the appointments of your principal officers across religious divides to avoid domination and marginalisation of any kind in the interest of equity, justice, and fair play as enshrined in the 1999 constitution.” CAN said.

“We, from the Christian Association of Nigeria, recognize the importance of the National Assembly to the stability and growth of our polity.

“It is in this regard that we call for ethnic and religious balance with depth in picking the leadership of that great institution of democracy.

“As it has been the practice since 1999, whenever the Senate President is a Christian, the Speaker of the House has always been a Muslim and vice- versa. And the same thing happens to their deputies.

“Our quest becomes imperative due to the existing order in the two other arms of the government.

“Today, both the President and the acting Chief Justice of Nigeria are Muslims and our appeal is to let either the Senate President or the Speaker be a Christian to address the religious dichotomy.

“This will give all Nigerians a sense of belonging irrespective of their religious affiliations. And a critical study of Chapter 14 (13 and 14) of the 1999 Constitution underscores this truth.

“In as much as we agree that merit should not be sacrificed in every appointment, there are Christians, who are equally credible and capable of running the affairs of the National Assembly and other key positions in the government if given the opportunity.”

The association also urged President Muhammadu Buhari and the leadership of the ruling party to support the position of CAN in its quest to find enduring peace and unity for the nation.